From 'The Preacher's Wife' to 'Merry Liddle Christmas,' we've got the list of all your favorite Christmas movies and where to watch them.

Christmas will be upon us quickly. In Black families, that means a lot of family time. And while there’s no shortage of things to do, it’s nice to throw some lighthearted family fun in there. As your family thinks about food, presents, and all the traditions of this holiday season, you’ll no doubt want to watch some great Christmas movies. Representation matters, and children of color need to see those who look like them sharing art and creativity in entertainment.

If you’re wondering what movies and specials you should watch and where to watch them, here’s a complete guide.

Amazon has its hands in everything, and streaming entertainment is one of those categories. Prime Video is a streaming service from Amazon that has many exciting movies and specials that feature Black actors. That list includes plenty of titles to enjoy during the holiday season.

The streaming service is included in an Amazon Prime membership, which costs $14.99 per month. Some of the Black Christmas movies and specials include:

This is a cute tale starring Gabrielle Union and Morris Chestnut, about a young girl with a divorced mother who turns to a department store Santa in the hopes that he will help find her mom a new husband.

This is a star-studded holiday movie featuring Chris Brown, Idris Elba, Regina King, and more. It’s about a spirited Black family coming together and dealing with their issues.

Another star-studded film featuring Danny Glover, Kimberly Elise, Gabrielle Union, and more, this movie is about a father who asks his family for one holiday gift—for them to get along.

This classic remake, with Denzel Washington and Whitney Houston, is the story of an overworked preacher. His prayer is to save his church and marriage, which is answered by the arrival of a mysterious stranger named Dudley.

This updated version of the popular Langston Hughes play, with Forest Whitaker, Angela Bassett, and Tyrese Gibson is set in Harlem.


Netflix is one of the longest-running streaming services. The platform has a hefty selection of Black movies and shows—their Christmas entertainment is no exception.

A Netflix subscription starts at $6.99 a month (with ads). Some of the Black Christmas movies and specials include:

A widowed radio DJ, played by Romany Malco, and his children change their luxurious life and learn to live with less during the holidays.

This movie is a new classic with Phylicia Rashad, Forest Whitaker, Anika Noni Rose, and more. In it, a toymaker is betrayed and finds new hope when he’s introduced to his granddaughter during the holidays.

This Family Reunion special features the show’s regular cast, including Tia Mowry and Loretta Devine. A group of sisters tries to keep their act together before a church Christmas pageant. They learn a valuable lesson from their grandpa.

This documentary spotlights Debbie Allen, an actress, dancer, choreographer, singer-songwriter, director, producer, and former member of the President’s Committee on the Arts and Humanities. It follows the students at Allen’s dance school as they prepare for her annual Hot Chocolate Nutcracker performance.

In this sequel to the star-studded 1999 movie The Best Man, old rivalries and romances are rekindled when a group of college friends meets up to spend Christmas together after nearly 15 years. The film catches up with all of the original cast, including Taye Diggs and Morris Chestnut.

BET+ is a subscription streaming service with over one thousand hours of Black content from some great Black creators. The service has so many original titles with Black families in mind that it would be hard not to find something you love!

A subscription will cost you $9.99, and there’s a lot of content to binge. Some of the Black Christmas movies and specials include:

The movie, starring Dorien Wilson and Jasmine Guy, follows three siblings as they travel to their childhood home for Christmas with the entire Wesley family.

After twenty years of friendship, Terrance and Noelle finally decide to date each other but ultimately break up when Terrance moves to London for work. Now that Terrance is back in Atlanta for Christmas with his new girl, also named Noelle, the lead (Noelle) is determined to get him back.

Carly is the queen of holiday celebrations, but a misstep sends her to a holiday hideaway that teaches her the importance of family, forgiveness, and fighting for love.

Every year, three sisters battle each other for a chance to win the neighborhood Christmas Church Cook-Off competition. But when a social media influencer enters the competition, the sisters must choose to work together or fall divided.

Hallmark is known for its feel-good movies, and Christmas is a special time of year on the channel. Recently, they’ve put in a lot of work to diversify their titles and increase Black family representation.

You can watch the Hallmark channel directly or through paid streaming services such as Peacock or YouTube TV. Some of the Black Christmas movies and specials include:

A Christmas Tree That Grows in Colorado

The lead, Erin (played by Rochelle Aytes), must win over a firefighter to get the spruce tree growing on his property.

This story, with Tia Mowry, follows an architect who spends Christmas with a baker and his daughter, spurring a desire for a place to call her own.

A single mom, played by Holly Robinson Peete, learns that letting go can help her autistic son have room to grow.

Lifetime is another winner in the feel-good category. The Lifetime Movie Network launched in 1984 and is known for programming that focuses on women viewers. But its content diversified in recent years. These days there’s something for the entire family, making it a great place for viewers to watch new Black Christmas content and older movies alike.

You can watch the Lifetime channel directly or through a subscription to Prime video or part of a cable package. Some of the Black Christmas movies and specials include:

This is the story of a woman, played by Kelly Rowland, trying to get her dysfunctional family to look picture-perfect for the holidays and all the adventures in between.

The main character Amber, played by Tia Mowry, finds herself in trouble when she promises to create her church’s annual Christmas pageant. Through the help of Motown legend Smokey Robinson, she’s able to make it happen.

Mira Varma loves her family’s bakery despite its declining popularity. When her parents hire someone to boost holiday sales, Mira fights to hold on to the heart of the company she loves.

Oprah created the Oprah Winfrey Network through Harpo Studios in collaboration with Warner Bros and Discovery. OWN offers a variety of diverse entertainment. A number of these programs are perfect for the holidays.


You can watch OWN network directly or through a subscription to Prime video or part of a cable package. Some of the Black Christmas movies and specials include:

This is the story of two sisters who receive an inheritance and have to figure out how to celebrate the holidays.

A man finds love after being stranded in a small town on Christmas Eve.

Be sure to watch The Hip Hop Nutcracker on Disney Plus. It’s a hip-hop-based reimagining of the classic Nutcracker ballet by Run DMC. Or watch the great Patti Labelle’s Holiday Party on TV One. And don’t forget to check out smaller Black-led media sources, like kweliTV, for holiday content, like their Reba To The Rescue holiday special.

There may be a regular movie or show you watch this time of year with your family. Whether it’s a superhero movie, funning family comedy, or TV series you can binge, one of these entertainment services may have options for your family. 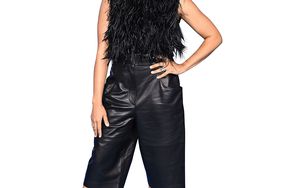 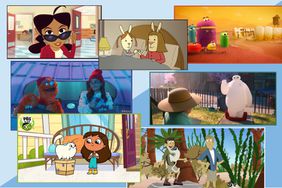