Body mass index (BMI) has long been seen as the ultimate measure of physical health, but it can be inaccurate and problematic. Here's what parents should know.

Why We Need to Stop Using BMI

Body mass index (BMI) has long been seen as the ultimate measure of physical health, but it can be inaccurate and problematic. While some doctors do still use BMI, it’s important to remember that it’s a dated, biased measure that doesn’t account for several factors, such as ethnic descent, race, gender, and/or age.

In recent years, the accuracy and—more importantly—problematic nature of BMI has been called into question, with everyone from doctors to parents questioning its validity. Many experts claim that BMI doesn't always give the best measure of health, since it's based on an outdated system that's noninclusive of various body types. So why is BMI still used, and what are some better alternatives for assessing well-being? Here's everything parents need to know.


BMI stands for body mass index. It's "an inexpensive and easy screening method for weight,” says the Centers for Disease Control and Prevention (CDC). It measures body fat and can be used as a “screening tool” to help determine a person’s “health risks.”

“BMI is calculated by dividing a person’s weight by their height, specifically weight in kilograms divided by height in meters,” says Thao-Ly Phan, M.D., MPH, director of the Healthy Weight and Wellness Clinic at Nemours Children’s Health in the Delaware Valley. “High BMIs indicate that a person is carrying extra weight relative to their height, which may be because of extra body fat… but that's not always the case, particularly in children.”

BMI isn't perfect, adds Dr. Phan. “There are variations in how well BMI percentiles correlate with body fat for children of different races and ethnicities, for example, and children who are athletic might have high BMI percentiles because of muscle weight. For this reason, BMI may not be the best measure of health.”

BMI Is an Outdated Screening Method

BMI is also dated. It's based on an antiquated and non-medical-based system. BMI was invented in the 1830s by a Belgian statistician, mathematician, sociologist, and astronomer named Lambert Adolphe Jacques Quetelet. It was known then as the Quetelet Index and was informed by Quetelet’s interest in finding the "average man." And while BMI became a widely used system 1972, it remains problematic.

The Quetelet scale, or index, was created using data from predominantly European men. It did not take into account people of other races or other sexes, and this makes it inherently problematic.

“BMI was created based on data from a study of entirely of white, European men; as a result, the conclusions it creates are unreliable for those outside of that demographic,” says Katherine Hill, M.D., a pediatrician and eating disorders doctor and the vice president of medical affairs at Equip.

In other words, BMI is a dated, biased measure that doesn’t account for several factors, such as ethnic descent, race, gender, and/or age.

“BMI is not only doing a disservice to those in larger bodies, but is perpetuating disordered eating, stigma, and shame. Ultimately, BMI measurements tend to do more harm than good.”

BMI Can Be Inaccurate and Noninclusive

There are other problems with BMI, too. According to researchers at the Perelman School of Medicine, University of Pennsylvania, BMI does not take into account one’s muscle mass, for example, or their bone density and overall body composition.

“BMI does not account for different types of body mass, like muscle, bone, or fat,” Dr. Hill adds. “Since different people have a variety of bone sizes and build muscle or store fat differently, this makes the number somewhat arbitrary.” It is one of the measure's main flaws.

BMI doesn't consider important details about age and sex, adds one study in the International Journal of Obesity. It also ignores lifestyle risk factors—like smoking and drug and alcohol use—which tend to be a more accurate indicator of one’s overall health and well-being. And, in reality, BMI does not provide any information about how one’s weight impacts their health.

“BMI is not only doing a disservice to those in larger bodies, but is perpetuating disordered eating, stigma, and shame,” says Dr. Hill. “In fact, there is evidence that weight stigma is more harmful than higher weight itself. Being classified as overweight or ‘unhealthy’ as a child is a risk factor for developing an eating disorder, which can lead to more severe health complications down the line, not to mention the fact that eating disorders are the second deadliest mental illness. Ultimately, BMI measurements tend to do more harm than good.”

It's worth noting that BMI is interpreted differently for children and teens, though it's calculated using the same formula as adult BMI. “Children and teen BMI need[s] to be age and sex-specific because the amount of body fat changes with age and the amount of body fat differs between girls and boys,” says the CDC. However, the system remains flawed.

Why Do Doctors Still Use BMI?

With all of these problems, you may wonder why we still use BMI—and that’s a valid question. But the reason is twofold.  As National Institutes of Health (NIH) obesity researcher Kevin Hall explained in the Washington Post, BMI recognizes excess body fat more than 80% of the time, despite all of its limitations. It is also an inexpensive screening tool, one with little to no barriers for access.

There is good news, though. Doctors can assess health in other ways that don't involve BMI. Some doctors use more nuanced strategies, according to Dr. Hill. They analyze and consider other markers, like heart rate, blood pressure, and growth trajectories. They speak to children about their physical activities, lifestyle, and relationship with their body (and with food), and they consider their mental well-being. Depression and anxiety, for example, are often correlated to physical conditions, like weight fluctuations, digestive problems, and cardiovascular concerns. And this is important, Dr. Hill adds, because routine body composition testing in children and adolescents is not evidence-based and is not recommended by any major medical organization, including the American Academy of Pediatrics (AAP).

“There is little evidence that other measures of body fat such as skinfolds, waist circumference, or bioelectrical impedance are sufficiently practicable or provide appreciable added information to be used in the identification of children and adolescents who are overweight or obese," a study from the AAP cites. "Consequently, for most clinical, school, or community settings these measures are not recommended for routine practice.”

“BMI is an overly simplistic and flawed metric that cannot possibly assess the health of a whole person, let alone a child,” adds Dr. Hill.

“Without a full picture of a patient’s health and measures like blood pressure, heart function, genetic history, cholesterol levels, sleep hygiene, activity status, and mental well-being, it’s impossible to judge whether someone is considered ‘healthy’ from a medical standpoint."

Of course, if you have concerns about your child's health, it's important you vocalize them. Ask questions. Cite vetted research and other like data, and get an alternative analysis. Dr. Hill suggests speaking with your child's pediatrician about additional testing. You can request they check their blood glucose levels, for example, or cholesterol, as these are much more direct measures of health than they body fat percentage of a growing child.

Overall, height and weight are not great indicators of one’s well-being. “Without a full picture of a patient’s health and measures like blood pressure, heart function, genetic history, cholesterol levels, sleep hygiene, activity status, and mental well-being, it’s impossible to judge whether someone is considered ‘healthy’ from a medical standpoint," says Dr. Hill. "It’s dangerous and problematic too, particularly in and for children—who are more likely than older individuals to develop body dysmorphia and/or eating disorders.”

In the future, more health care providers should use alternative methods to assess a child's health, and they should always consider a person's unique body type and medical history. But in the interirm, you are your child's best advocate. Do your research. Speak with their pediatrician, and help them live a healthy lifestyle. 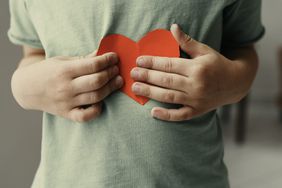 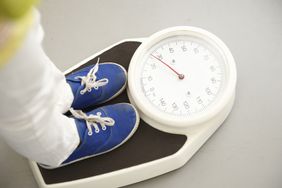