In the latest episode of We Are Family, comedian, actor, and author Michael Ian Black shares how his parents' differing communication styles shaped his journey into fatherhood and why it's OK to hate parenting from time to time.

Actor, comedian, and author Michael Ian Black is candid about what led to his parents divorcing when he was 5. "My mom started shacking up with the neighbor lady down the street, and that's gonna cause trouble in a marriage," he notes. "I don't think it was a great marriage anyway. I don't think they were destined to survive as a couple."

Once his folks split up, he grew up with his mom, her partner and her son, and his brother and sister. "I would still see my dad generally every other weekend," recalls the actor. "He remarried, so I had a stepmother as well. He was a very nice guy, like a very sweet fellow—kind of a nerd. I don't think he would have thought of himself that way, but he was. He was like the first person I knew who had his own computer, and he liked Ham radio, and he painted little figurines from Lord of the Rings."

While his dad wasn't the most communicative about his emotions or verbal in terms of showing love, Black's mom was very much the opposite. "She often told us she loved us—that was one of the things that I felt like she did really well," he says. "She really let us know, 'Hey, you're loved, you're supported, I believe in you,' and that was great."

It affected the multihyphenate entertainer so much that it's a lesson he's brought into parenting his own children—Elijah, 21, and Ruth, 19. "I definitely tell my kids I love them," he says. "I definitely try to have a certain amount of emotional intelligence and I'm affectionate with them. But you know, I'm also a little bit reserved. I don't let them know everything that I'm feeling, which is, I would imagine, probably a good thing."

To Black, his job as a parent is "actually really simple." "It's just to be that person that loves them unconditionally," he explains. "That person that is always there for them no matter what."

Raising two young adults, he muses that he doesn't have to baby proof anymore. "I don't have to put little plastic guards on the cabinets so that they don't eat Drano, but my essential job remains unchanged, and I like that job. I like the job of loving somebody. You keep them alive, in the beginning, you help them as they need help, and you set boundaries as they need boundaries, but all of it is in service of loving them."

At the same time, he acknowledges that there will be moments that aren't quite as heartwarming. Both of Black's children had colic.

"Both of them didn't sleep for four months," he recalls. "It was like constant exposure to noise. There was no sleep. It's awful. And in those moments when you don't know how you're gonna get through it, it is perfectly OK to hate your baby. Like, in those moments, I hated my baby. Give yourself permission to be like, 'This is terrible.' You're not a bad person for hating your life in that moment and for regretting every decision that led you to this moment."

Then, you can remember that "this too shall pass," he says. "I didn't have that knowledge the first time, like when my son was born and he was colic-y, it just felt like, 'This is never ending!' but it did end, and then when my daughter had the same experience, it was awful."

But the bottom line to Black? "It's OK for it to be a bad experience at times," he explains. "You don't have to feel guilty about that."

Check out We Are Family Season 3, Episode 1 now for more with Michael Ian Black on his journey into fatherhood and the stories behind his latest books: A Better Man: A (Mostly Serious) Letter to My Son, and his latest children's book, I'm Sorry. 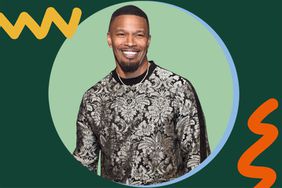