The longtime actor and comedian says his journey toward mental wellness started with his family.

Comedian, actor, entrepreneur, and father Wayne Brady is a living example of what it means to pursue your passion. You may know him from his improv show Whose Line Is It Anyway?, hosting the game show Let's Make a Deal, acting on Showtime's American Gigolo, or dancing on the latest season of Dancing with the Stars.

Brady started performing at 16 years old. Since Brady's family lived in Orlando, he got an opportunity to hone his talents when he began working at Walt Disney World as a character, singer, and dancer. He would also work at Universal Studios as the Ghostbuster Winston Zeddemore and as a performer in Beetlejuice's Rock and Roll Graveyard Revue.

Brady built his career and would become famous for his talents. It wasn't until later in life that he would acknowledge his mental health struggles. The pressure to perform while balancing being a father, entrepreneur, husband, and human being built up for years.

In a recent interview with Verywell Mind, Wayne Brady opened up about his mental health struggles and what he's doing to take better care of himself. He talks about depression, stigmas around mental health in the Black community, and his goals as a father.

Even while experiencing incredible success, Brady was secretly battling depression for years. He says that in his 30s, his mental health had reached a point where he couldn't ignore it anymore, but he didn't get help until his 40s.

"I think depression is an insidious beast," says Brady. "It's an insidious disease that, in hindsight, I feel that I've always been depressed. I now know that I had an imbalance I didn't deal with for years. The reality is everybody's dealing with something every day. Just because someone makes you laugh doesn't mean they can't have an ordinary feeling. They make you laugh because it's their job."

The voice that helped push Brady to get help was his ex-wife and business partner, Mandie Taketa. He credits Taketa with helping to make sure he went to therapy.

"She was the one who said, 'Wayne, I love you, and our daughter loves you, and our family loves you. And this is the path you go down when you don't want to live. And we are concerned, and I cannot stand by and watch you ignore this,'" says Brady.

Like many people in the African American culture, I grew up thinking that therapy was a bad word or therapy's not for me—therapy's for white people, therapy's for crazy people. So it took a lot of work to open my eyes to see that asking for help is not a weakness. In fact, that's a strength, saying I need this. That's a superpower

The Stigma of Mental Health in Black Communities

"Like many people in the African American culture, I grew up thinking that therapy was a bad word or therapy's not for me—therapy's for white people, therapy's for crazy people. So it took a lot of work to open my eyes to see that asking for help is not a weakness. In fact, that's a strength, saying I need this. That's a superpower," says Brady.

Brady did get help and manages his depression with therapy and medication. He also gets support by attending men's support groups. He believes in self-care and has created healthy coping mechanisms and daily growth habits.

"Every day, the first thing I do when my eyes open, I set my intention and make my bed. Because once I make my bed, no matter what I feel like, I can't go back in my bed, because my bed is made. So that forces me to go forth and do whatever I got to do," says Brady.

Brady is also intentional about the people he spends time with—he's guarded about who he gives his energy to and who he takes energy from. Wayne Brady loves spending time with his 19-year-old daughter Maile, his family, and his four dogs.

Setting an Example as a Parent


One of the primary motivators to get help was his daughter. By the time Maile was ten years old, her parents had realized the importance of therapy for themselves and their daughter.

"Kids have deep inner lives, and growing up in a household like hers where she did have a father who grappled with mental health and her mother who worked through her issues of codependency and mental health, all of us needed to be in therapy. And I'm glad we did it, so now she is a 19-year-old who is well-adjusted, and she knows what mental health looks like, so she can carry that on," says Brady.

Not only did Brady set an example for his daughter, but he is also passionate about helping communities and providing support where possible. Brady advocates for the LGBTQIA+ community, women's rights, and kids of color.

"If you do not get right and get well and get help, you are affecting a child's life, and that sounds harsh, but it's true. If you can focus on your mental health, the best gift you can give your child is giving them a healthy you," says Brady.

It's Important For Black Families to Get Help


Children see what's happening without words being said. Getting help with mental health struggles is normal and essential, as the mind is the gateway to how we take action.

Wayne Brady makes us laugh and entertains us—but one of his most significant accomplishments is openly discussing his mental health struggles and getting help. Let's follow his example. 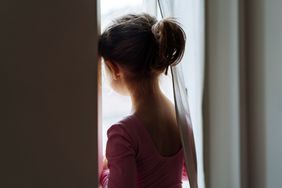