The Netflix show Old Enough features kids as young as 2 making their way in the world solo. But one mom says American parenting culture makes us underestimate our own kids' capabilities.

Imagine sending your 4-year-old to the store by themselves to pick up groceries. As a mom in busy New York City, the idea is crazy to me! But this is the very premise of Netflix's series Old Enough, which is growing in popularity in the U.S. Originally airing on Japan's network Nippon TV since 1991, the show itself is not a new concept. However, to many families here in America, the reality series is sometimes jaw-dropping.

In each episode of Old Enough (originally titled Hajimete no Otsukai, or My First Errand, in Japan), small children as young as 2 years old are sent out to run household errands without their parents for the first time. Whether it's going to the market, bringing something to another parent at work, or going to make juice, each 10- to 15-minute episode had me all "in my feels" by the end.

But through the lens of a parent, it definitely got me thinking: is American society holding our children back? My 7-year-old has never been to the store alone, and being in New York City, I can literally see him enter the store if I stand on the porch to watch him. But I would never even think to let him go run that errand alone. Yet and still, there's a very American fear that children at that age should not be sent out to do things unattended.

I definitely don't think things were always this way. I vividly remember being in elementary school and walking to school with my brother, who's two years younger than I am. By the time I was a tween, my mom had shown us how to take the MTA from our house to my grandma's, and we would take that trip almost every weekend by choice. We were definitely much more independent in the 90s and early 2000s. And it was much more normal back then for a parent to run into the gas station to pay for gas or into a fast food restaurant to grab food and leave the kids in the car without fear of someone calling the police.

While watching Old Enough, in many of the episodes you can see neighbors and other adults step in to help the kids when needed. "It takes a village" is really something that appears to be ingrained in each episode. Nobody is wondering why the small children are outside alone, no one asks where the parents are. They simply converse with the child and help them complete their task if necessary.

If I let my 4-year-old son go to the store alone today? In America? As a Black woman? I am almost positive I would be penning this article from jail. What is seen as giving children autonomy in other places would be considered negligent here. And consequences are often doled out harsher for the poor and minorities.

With the way the news cycle is set up, we are conditioned to put fear into our parenting. Especially the fear of kidnapping. In reality, in the United States, the vast majority of children that go missing are taken by a non-custodial parent or relative. About 350 kids are abducted by strangers each year. Yet the fear of having your child go missing tends to be a large reason many parents don't let even their older children venture out alone. And as a mom, I completely get that.

But something about watching these small children go out into their town alone really made me stop and think. Are kids capable of more than we give them credit for? My children specifically—have I been holding them back? Why can a 3-year-old cross a five-lane street to go to the fish market and my kids can't play across the street alone in my direct line of sight?

"The biggest gift parents can give their children is the opportunity to make their own decisions," psychologist Holly Schiffrin told the Journal of Child and Family Studies. "Parents who 'help' their children too much stress themselves out and leave their kids ill-prepared to be adults."

So while I won't be sending my preschooler out to grab dinner for us anytime soon, Old Enough definitely got the gears in my head turning. A little bit of independence can go a long way, and our children desperately need—and deserve—it! 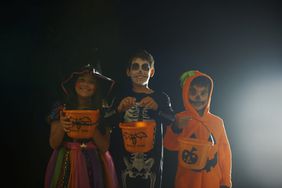 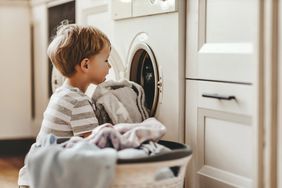 How to Get Kids to Do Chores Without Even Asking Them