Watching his autistic toddler chasing stingless carpenter bees around a city backyard, one father ponders a world full of things that sting, and wonders how he can protect his son.

At first glance, it's easy to confuse a carpenter bee for a bumblebee. They're about the same size, same shape. It takes a closer look to tell them apart, at least, for someone like me who isn't exactly an entomologist. A bumblebee is covered in what looks like fur, soft hairs that I learned are called "pile." They are the fluffy flying pandas of your backyard garden. A carpenter bee doesn't have all that fur, and has a hard, waxy body that shines a little in the sun.

My toddler can't tell the difference. And when he's running around our tiny city yard, shouting "bum-bee," I'm not about to explain that he's just chasing carpenter bees around.

I'm not here to push him to look closer in a way that steals his joy. I'm here to make sure he doesn't actually grab one of them.

I'm not sure where the carpenter bees in our yard come from. I suspect from one of our neighbors, as I see them buzzing around in their yard from time to time, likely burrowing into an old piece of wood, or a bench, or a tree. Philadelphia is full of old houses, full of old bones, perfect for digging in deep.

All I know for sure is that my kid loves them.

How his love for bumblebees happened, I have no idea. He's smitten with what you might expect a 4-year-old to be smitten with. Ice cream. Trucks. Ice cream trucks. He gets excited over episodes of Peppa Pig or Bluey. Picture books by people like Jessie Sima or Seth Fishman (I highly recommend Not Quite Narwhal and A Hundred Billion Trillion Stars). He wants to make absolutely certain you're listening and aware when he knows what color something is, pointing at it passionately.

He's also autistic, and words, they don't come all that often. When they do, he grabs onto them, and in his best moods, he'll list them off while walking around the house or lying in bed waiting for sleep to come.

I love those moments. He has a hard time sleeping without one of us there with him at night, and I listen to him play with his words until sleep washes over us both.

Bumblebees are social insects. They live in nests, sort of like honeybees, only their colonies are far smaller. You're looking at maybe 50 bumblebees nuzzled up in the same space, while a honeybee colony could have a 100,000 tucked away inside, in a constant state of business.

Carpenter bees though, are mostly solitary…save for some species, where the parent and baby will cohabit the same small nest. Kind of like us. I wonder if they speak to each other, in their own secret language, inside their wooden hideaways. I wonder if any of them have trouble sleeping alone, skinny arms reaching out in the night for safety. The other species of carpenter bees are firmly solitary, they go it alone. They don't quite know how to socialize.

It's been a weird time to be a parent to a toddler. We spent a lot of time outside, in our small city yard in Philadelphia. Playdates aren't quite a thing yet, but maybe someday. We've been lucky. There's a playset in the yard, toys galore, and since I'm a terrible (yet aspiring) gardener, planters with trees and flowers.

I knew when we moved back to Philadelphia, no matter where we settled down, I wanted to try to have a bit of nature for our kid, somewhere, somehow. Back in Michigan he would cheer when deer would creep by our patio window, or when a groundhog would get a little too close to our porch. So flower beds and rose bushes and fruit trees it is, to attract Philadelphia squirrels and birds.

And of course, the bumblebees.

I read somewhere ages ago that bumblebees shouldn't be able to fly. I mean, just look at them. The tiny wings, the chonky body. It looks impossible. A quick Google search reveals that a lot of scientists were angry at that assumption from one of their own, the theory long since debunked, but a popular rumor among those who doesn't know better. Like me, for a while.

Not too long ago, my wife and I were meeting with financial planners, estate planners, and the like, as we prepared to plan for our son's future. One person asked us if our plans for him, an autistic child, to attend college were realistic.

Much like the scientist who assumed it was impossible for the bumblebee to fly.

To hell with that guy.

I can't say when it started, but one day in the yard, our toddler just started saying it. "Bum-bee!" while chasing them around, his tiny hand outstretched. When one lands on a flower or a tree, he bounds over. "Bum-bee!" eager to grasp the buzzing pollinator, who is for the most part, seems oblivious to the giant human hand about to clasp around its small body.

Male carpenter bees do this thing where they fly right into your face, and hover in front of you. Bumblebees don't do this, they buzz and bounce around like they're drunk on the nectar they're drinking, and who knows, maybe they are. But carpenter bees? They fly like they are trying to size you up. It's all an act to get you away from their territory. Despite how their butts look a little pointed, male carpenter bees can't sting. They're all talk.

And even though I know they can't sting, I still rush over, to stop my son from grabbing them. I love his sense of wonder, when his hand is outstretched, the carpenter bee hovering above his palm. A smile lights up on his face and he'll look at me earnestly. "Bum-bee!"

Because while carpenter bees don't sting, others can. There are honeybees and wasps and hornets. And my fragile heart knows the world won't be as gentle with my son as an insect that's all talk.

I sometimes lie awake at night, after he's listed his words and fallen asleep, thinking of who has stingers.

The world isn't kind to neurodivergent people of color. To Black boys who stim, who don't behave in a neurotypical way. Who can't communicate in the face of an authority figure who can't—or won't— understand them.

In our tiny yard I can nudge him away from the thorny rose bushes, and gently brush yet another innocent carpenter bee out of his grasp. But what can I do, when he's out in that wide world?

I find bumblebees often on my walks through Philadelphia, heading to work. They're usually on the hard hot sidewalk, confused and exhausted. There's more concrete every day and less wildflowers. I pick them all up, find myself late to the office, so I can set them near some sugar water at home for a few minutes.

Bees. Our world is for them, but in a lot of ways, has been shaped to exclude them.

I remind myself frequently, that it's not my job to push my child into a neurotypical world, but to find ways to bring myself into his.

The other day, after he ran to the school bus and hopped on it enthusiastically, I went outside to water the trees and shrubs and flowers that attract the bugs he loves so much. One of the many carpenter bees that find their way into our yard buzzed over, hovering in my face. Glaring right at me with the "come at me bro" energy carpenter bees often have.

I thought about brushing it away, as I often do, but for a moment, I wondered why my kiddo was so into these bugs. It was another moment to center myself, to bring myself into his world.

So I held my hand out, palm up, slowly bringing it closer to the hovering carpenter bee. The way he often does. It stayed there, hovering, looking at me, a challenge, as I got closer. And finally, with my palm right under the bee, maybe an inch away from my skin... I felt something.

The wings. The bee's wings, beating furiously, brushing gusts of wind against my skin. Like the tiniest, most powerful fan you've never had. I've never felt anything like that. Like a tiny miracle. 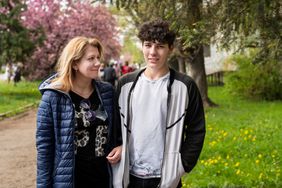 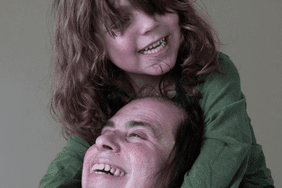 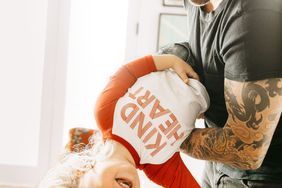 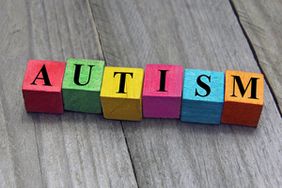 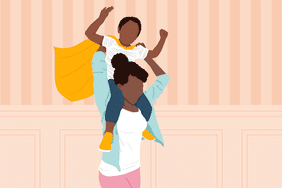 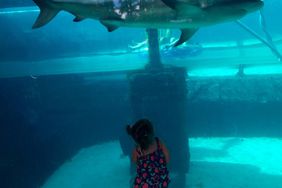