Are febrile seizures common in toddlers?

Q: My toddler was recently hospitalized for a febrile seizure. Do I have to worry about seizures every time he gets sick?

A: A febrile seizure is a convulsion caused by a fever that spikes sharply. Although they can be terrifying to parents, they're not harmful (contrary to rumors, they don't cause brain damage) and usually subside very quickly (most last five minutes or less). And for most kids, they're only a one-time thing: Only about 30 percent of kids who've had a febrile seizure will have more than one. That said, there are some children who are more prone to these convulsions (especially if they had the first episode before 18 months), but this needs to be determined by establishing a pattern over the course of several illnesses. If it turns out that your child is susceptible to seizures, your doctor can prescribe anti-convulsant suppositories to be used as indicated. When your child's fever starts creeping up to around 101 degrees or higher you will be instructed to insert the suppository as directed. A fever medicine like acetaminophen or ibuprofen can be given at appropriate intervals to help keep the fever under control. Although these approaches are not 100 percent effective, they are very good at minimizing the number of febrile episodes in seizure-prone kids.

If your child has a febrile seizure, turn him on his side so that he won't choke on saliva or vomit and don't put anything in his mouth to hold down his tongue (it's actually physically impossible for a person to swallow his tongue). Remove any firm or sharp objects near him to minimize significant injury. Stay by his side, but don't try to hold him. Call your doctor after the seizure subsides since he may want to see your child to determine the cause of the fever. If the seizure lasts longer than 10 minutes, call 911. 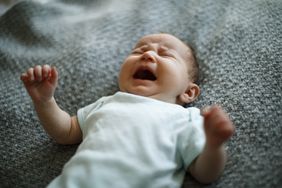 Is Medicine Always the Answer for a Fever?
Toddler Fever Fears: A Guide for Treating Fever in Kids 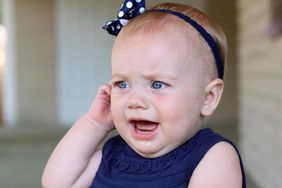