We're OK With Same-Sex Marriage, But Kind of Over Divorce

According to a new poll, Americans are more accepting of gay relationships and couples living together before marriage, but less comfortable with divorce.

What a difference a decade can make!

Over the last few years, Americans have gotten more and more liberal when it comes to social change—unless that change happens to be divorce.

These findings come via an analysis of the National Center for Health Statistics, a study conducted by talking to thousands of Americans between 2011 and 2013 about things like marriage, divorce, and family life. The big takeaway? We're totally down these days with gay relationships, and with couples who live together and have kids without tying the knot. But husbands and wives who decide to call it quits? Not so much.

Let's break it down.

The numbers also reveal that people are increasingly at ease with the idea of unmarried couples living together and raising children. In fact, almost two thirds of women and 68 percent of men between the ages of 25 and 34 said they believed that cohabitation before marriage would help prevent divorce.

And divorce, apparently, is something we're just not down with these days. Back in 2002, 47 perent of women and 44 percent of men said divorce was the best option for a couple whose marriage was on the rocks. Now less than 40 percent of each group said they believed splistville is the best way to go.

Maybe it's because as we get increasingly comfortable with different types of relationships and different ways to have and raise children, marriage has started to become the holy grail. So once you decide to do it, you had better be all in.

Definitely something to think about before walking down that aisle, guys. 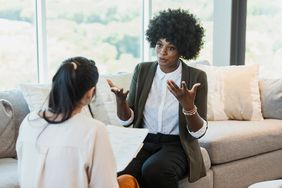 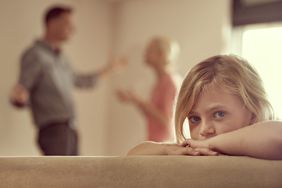