The solution? A secret signal that will call other parents to your rescue.

A viral Facebook post is making the rounds, and let me just say that IMHO the woman behind it—though anonymous—is a genius!

Here's what happened: After watching a mom shopping at Kroger try and deal with a kid in full meltdown mode, the unidentified Facebooker came up with a seriously awesome plan of action.

"There should be a secret signal parents give when they can't take anymore so a random stranger can mean mug the kid and tell it to shut up," she wrote. "There are three good reasons for this. 1) The kids will be so shocked they will shut up. 2) It will reinforce stranger danger. 3) It will show them, from an early age, that while your parents love you and put up with your sh*t, the rest of the world doesn't care about you (or your feelings) no matter how cute you are."

While her use of the word "it" signals to me that the writer is not actually a parent herself, I can't help but daydream about a world in which a little ear tug or nose tap would allow me to conjure up my very own parenting genie to magically calm down my child. And judging by some of the post's 3,400-plus comments, others seem to agree.

"Sounds like a good idea," added another. "Kids will listen to someone else quicker."

And from a third: "Can we make this a national norm?"

Of course, what would a viral Facebook post be without a bunch of dissenters showing up to spoil all the fun?

"That's incredibly disrespectful and inappropriate," commented one naysayer. "This IS NOT a good suggestion. Not to mention that you shouldn't leave the rest of the world to tidy up your parenting."

"YA, traumatize the kid so every time he sees a store he starts screaming," wrote another. "How about offering to help the mom out. either offer to carry her kid and walk with her through the store, or help her pick out what she needs while she carries baby."

For the record, I wouldn't say no to that kind of support either. Dealing with a screaming toddler out in public is no picnic. And while a secret signal may not totally be realistic, we can all try to be a little more compassionate and understanding when we see other parents struggling with tantrum-throwing kiddos.

We should probably also stop referring to other peoples' children as "it" while we're at it. 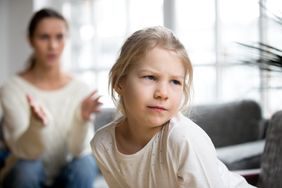 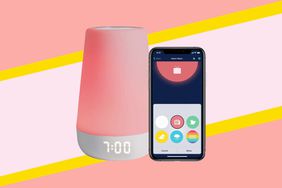 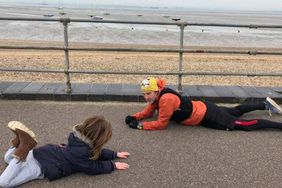 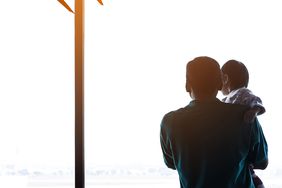 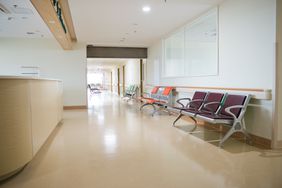 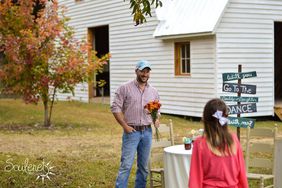 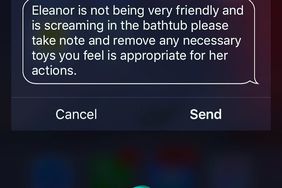