Today is the last day of February, which is Black History Month. And in order to celebrate it, every day for the last 28, Seattle mom Cristi Smith-Jones has been posting pictures to Twitter and Facebook of her daughter Lola dressed up as a different famous black woman. The result? One seriously epic photo series.

Just check out this shot of her 5-year-old (on the left) dressed up as infamous changemaker Rosa Parks (pictured at 42):

During the past month, Cristi has also dressed Lola up as such modern icons as ballerina Misty Copeland:

So incredible! And according to Cristi, it all started back in January when Lola came home from school and told her parents she had learned about Martin Luther King Jr.

"She seemed to understand where we were coming from," Cristi told CNN, then added: "Since it's a heavy topic, we wanted to find a way to make learning about black history fun for her."

So the creative mama compiled a list of women in history and showed their pictures to Lola so she could choose the ones she wanted to dress up as. Cristi then shot most of the pics on her phone—her photog friend Kayleigh Stefanko also lent a hand—with Lola tricked out in various wigs and old family clothes and accessories.

The project may have started out as a way to add some levity to a heady topic, but the result is a poignant and empowering celebration of 28 iconic black women. In fact, Cristi's education-through-art is probably one of the most effective methods of teaching about Black History Month we've ever seen. Way to go, Mama—you and that brilliant little muse of yours are truly inspiring!

Check out the rest of the incredible images on Cristi's Twitter feed. 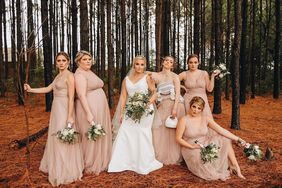 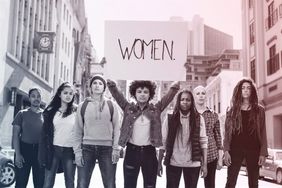 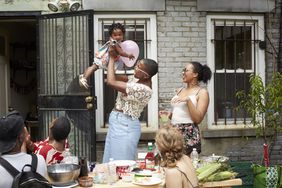 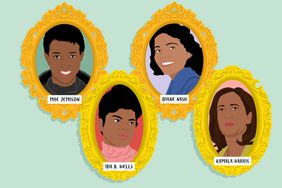