This funny, viral "newborn" photo shoot features a mom, a dad ... and their 21-year-old son Clayton.

There are a gazillion reasons you might just not get around to doing newborn photos when your L.O. is first born. Rebecca Hayes and David Ward started dating in high school and found themselves expecting a baby when Hayes was a sophomore, so they clearly had their plates full with other priorities. Over the years, they moved on to different partners, with whom they had more children. But in 2013, Hayes' husband passed away -- and she ended up reconnecting with Ward, whose wife was diagnosed with a rare cancer in 2015 and passed away last year. Finding they were able to support one another through their grief, the couple fell for one another once again. And then they started thinking about those newborn photos they never took with their now 21-year-old son Clayton.

Hayes told HuffPost, "I had the idea one evening when we were all sitting around and laughing at what a weird world ours had become. I half-joked about it but both David and Clay were surprisingly onboard, so I had to jump on it! [Clayton] is very deadpan and dry and just stared at me and said ‘we have to do this’ we all cracked up while we discussed what ‘poses’ we would do."

To turn their vision into a reality, the family enlisted the help of Hayes' old friend, professional photographer Duffi Crowson. (They've known each other since they were both 5!) They also shot some photos with Gehrig, Hayes' son with her late husband. "We had discussed ahead of time what we could do to avoid giving off a ‘creepy’ vibe — which some people still got but that’s OK," she explianed to HuffPost. "I’m not gonna lie, there were discussions about making a huge basket and possibly the mention of a giant teddy bear. I’m the end we decided simple would be enough.”

The result turned out to be truly hilarious -- and heartwarming all at once. Here are just a few of the "newborn" shots.

Now that the photos are making headlines and going viral, Hayes says she just wants "people to know that life is weird and horrible and wonderful at times. You never know where it will lead, and you have to embrace what comes your way fully. We went through some rough rough times and just learned to grasp onto those things that are truly important.” 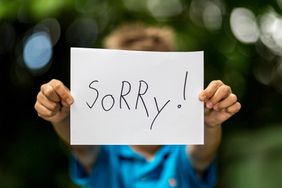 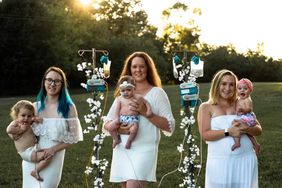 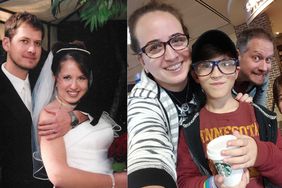