Second-born boys, specifically, are more prone to behavioral problems starting in childhood, according to a new study on how birth order affects kids.

We already know that second-born kids tend to get less attention than their firstborn siblings (or so the stereotype goes). And recently, a 2017 study from colleges like MIT, the University of Florida, and Northwestern University found that second-born children – specifically second-born boys – tend to have more behavioral issues than a firstborn.

Study author Joseph Doyle and his team looked at thousands of families in Denmark and Florida, and determined that a child born second in a family is typically the biggest troublemaker. But that's not all. Beyond determining that second-borns are more likely to, ahem, challenge their parents in early childhood, boys in particular are also more likely to have problems at school, and even with the law. Specifically, according to Doyle's paper, "second-born boys are on the order of 20 to 40 percent more likely to be disciplined in school and enter the criminal justice system compared to first-born boys even when we compare siblings."

The reason? As researchers explain, "We consider differences in parental attention as a potential contributing factor to the gaps in delinquency across the birth order. Second-born children tend to have less maternal attention than do their older siblings because first-born children experience their mother’s maternity leaves and temporarily reduced labor market participation both following their own births as well as following the birth of the second-born.”

Another potential reason: second-born children look up to their older siblings, who aren’t mature enough to make sound decisions. “The firstborn has role models, who are adults. And the second, later-born children have role models who are slightly irrational 2-year-olds, you know, their older siblings,” says Doyle in a July 2017 interview with NPR.

In the end, parents shouldn’t worry too much in light of this data, but rather, keep it in mind. The takeaway here seems to be that if we know second-born kids—and boys most likely—will have a greater likelihood of delinquent behavior, parents can make it an action point to spend more time focused on them, pay attention to how their behavior evolves, and work proactively to keep them in check. 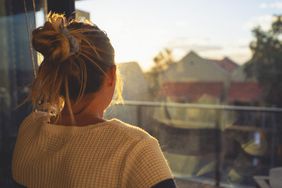 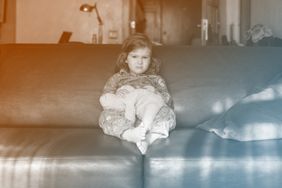