This mom is putting her greatest strength (her love of couponing) to amazing use by helping those who lost essentials to Hurricane Harvey.

Hurricane Harvey took everything from some of its victims, and as they work to rebuild their lives, they can use all the help they can get.

One Texas mom is stepping up to do her part: Kimberly Gager, a self-proclaimed coupon addict, is putting her passion to good use in the wake of the storm. Gager has a fully stocked supply of essentials many families need—like diapers, baby wipes, deodorant, toilet paper and much more at her disposal, and she’s more than willing to share with those who were hit by the storm.

Gager has been putting the word out via social media, and she’s even delivering items to other families and accepting donations from anyone who would like to help.

Gager recounted the story of a group of teens who came to pick up supplies with their mom on her Facebook page.

“I just had the pleasure of meeting a lady and her teenage daughters to get stuff,” she wrote. “I won't disclose her name on here unless she comments herself. Let me tell y'all, when I opened that container of razors, it was game over. I've never witnessed teenagers so excited about razors in my life. They had been sharing ONE Razor between them!! ONE! Do y'all understand this.....? ONE RAZOR! You can tell they were grateful and just wanted the minimum supplies because they only asked for one body wash each!” 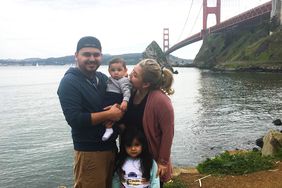