Hey, we all need a little babying sometimes...but did this dad's sick day requests go too far?

As the NyQuil ad says, when you are a parent, you don't get sick days. I know I never get a break, no matter how ill I feel. Someone still has to do the laundry, and vacuum, and make dinner...

But in addition to her household chores, today she also has to add "take care of sick hubby" to her to-do list.

Reminder: Meredith is also sick. But her husband stays in bed, battling what he suspects could be "the Ebola." And when you have "the Ebola," the sounds of someone else doing everything, like vacuuming, is just way too loud.

But hey, the show must go on for Meredith, no matter how stuffed up she is. Because taking care of people is what we moms do! So yes, we'll make the chicken soup for our husbands (asking for star noodles is too much, though). And we'll feel their heads 82 times, even though we're pretty sure they're not hot.

You'll have to watch the entire video to see whether this exhausted mama's husband pulls through!

In the meantime, it's worth mentioning that when I'm the only one who's sick, my husband actually babies me quite a bit, and I love it. He'll make me tea, and put on some meaningless TV so I can zone out while he takes care of the kids. It's just hard when the roles are reversed, because after doing everything for everyone else all day, I can get caretaker burnout. Sorry, honey! I'll do better next time you act like a giant baby—er, have a cold.

What's Up Moms Confess: I Can't Stand When My Husband...

Because in the end, we all need a little babying sometimes, right? 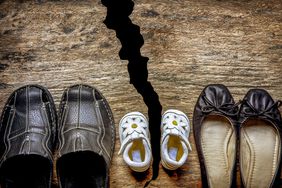 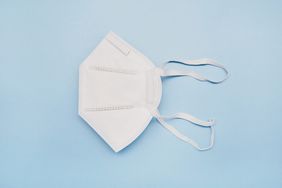