Is your child having temper tantrums before turning one? Dr. William Sears shares advice for handling baby mood swings.

My 10-month-old has tantrums, and he's not a toddler yet. He cries when we put him in the car seat or he falls when trying to stand. Is this normal?

Sounds like you're the lucky mom of a strong-willed, bright little baby: He throws a fit when he doesn't want to do something or he can't do what he wants. Some of the traits that may make him prone to tantrums –creativity, persistence, and sensitivity – can eventually become assets when he's grown up, though that may feel like small comfort now.

While this active expression of displeasure doesn't usually occur until toddlerhood, some babies are simply more easily frustrated than others. An impulsive infant will throw a tantrum when his desire to accomplish a feat is greater than his ability to do so.

The first step in helping your baby manage his discomfort is to identify situations that trigger these meltdowns. Then you can intervene before he disintegrates. If one of our babies crumbled when he fell trying to climb onto the couch, my wife, Martha, and I didn't merely pick him up and set him on the sofa. Instead, we placed some cushions on the floor and let him shimmy up them – a much simpler version of what he wanted to do.

Often, infants who throw tantrums will give you warning signs before they blow up: Stiffening their arms and legs and arching their back are common indicators of trouble ahead. If this happens, immediately try infant massage (lovingly stroke your child's back, arms, and hands). Another option: Get his mind on something besides his distress. When our daughter Hayden was about to throw a frustration fit, we'd quickly distract her by making a funny face – a strategy we called "rescuing her from herself."

Once your baby's motor and verbal skills catch up with his desires, these types of tantrums will subside. 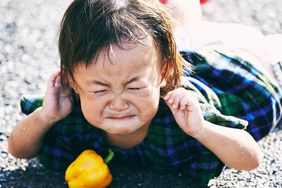 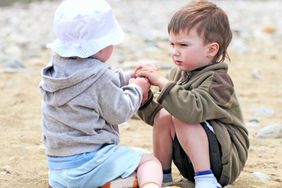 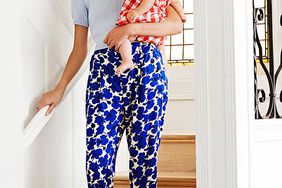 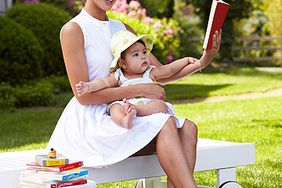