It's something few people talk about: Some kids are just harder than others. Parents who've been there speak candidly about the challenges, the self-doubt, and a protective love that's especially fierce.

From the beginning, Anna's firstborn, Brynn, was an "easy" baby. She slept well, had a developmentally normal toddlerhood, and today is a go-with-the-flow kind of kid who rarely causes trouble. In Anna's early years of parenting, she felt confident, as if she and her husband were doing something right.

Three years after Brynn's birth, they had Sophie. "She was a good baby until she wasn't," says Anna, whose name, along with her children's and those of the other families in this story, have been changed. Sophie ditched naps early and refused to settle down at night. She moved quickly from walking to climbing onto the kitchen counters. She lunged for the hot stove, hated getting ready in the morning, and threw all-too-frequent temper tantrums. Sticker charts and other positive reinforcement techniques that had worked so well for Brynn did nothing to motivate Sophie to change her behavior.

These days, the two girls—and how Anna parents them—couldn't be more different. She admits to being lax with Sophie because she dreads the meltdowns. Anna and her husband often argue about how to handle their younger daughter, and they avoid family outings that might set her off.

"I'm kind and loving with Sophie, but then I lose it, and I worry that she's the way she is because I yell at her," says Anna. "Everything I've read says I should be patient and consistent. But patience and consistency are two things you have the least of when your child constantly pushes your buttons."

No Two Kids Are the Same

Anyone with two or more kids knows that siblings may live under one roof with the same rules but they come into the world with their own unique personalities and temperaments. And you're never the same parent twice. "Some parents receive much harder assignments than others," says Perri Klass, M.D., co-author of Quirky Kids. "If you have a child with a more challenging temperament, the truth is that you may have less fun parenting on a day-to-day basis for some of your child's life."

It's perfectly understandable to feel frustrated that your kid seems to be more difficult to manage than all three of your friend's kids combined or to be upset that your parenting is being unfairly judged by strangers and family. You have one of the hardest jobs there is: surviving your child's tough stages without losing your confidence or mind.

Why Some Kids Really Are Tougher Than Others

It's not just parents' perception that certain kids are way more challenging: Science has proved it. Research by Harvard University psychologist Jerome Kagan, Ph.D., suggests that an infant's temperament at birth is a good predictor of a child's behavior in adolescence.

He found that 40% of babies have a calm disposition (they're not overly ruffled by stimuli like light or noise), and years later, these kids remain chill. However, as many as 15% to 20% of babies are born with a more "reactive" temperament, and your friends and family might politely call them a "handful." In Dr. Kagan's study, these babies recoiled from lights and noise and were hard to soothe.

If you have a "difficult" baby, does this mean they—and you—are destined for even harder times ahead? Definitely not. "There's always that nature-versus-nurture controversy," says Nancy Snidman, Ph.D., director of the child development unit in psychology at the University of Massachusetts, Boston, who conducted the research with Dr. Kagan and continues to study the temperament of children. "However, parents, other kids, and teachers can help shape a child's personality and coping skills over time."

In other words, "good" parenting may not have as much of an impact on babies, but older kids with a tougher temperament can benefit from thoughtful and consistent parenting.

The Impact of Sibling Dynamics

One of the most trying parts of having a child who's more difficult than the other is the worry that your easier little one is getting less attention from you. "My daughter likes to take long naps, read quietly, and cuddle. My son won't nap for more than an hour, demands constant attention, throws himself headfirst down the slide, and runs away in crowded places," says Nicole of her 2-year-old twins.

She ropes her amenable daughter into going along with her son's interests to try to get one of the heavily advertised benefits of having twins: kids who play together. And when she can handle only one twin at a time, Nicole leaves her girl with a sitter, simply because it's easier to disrupt her daughter's usual caregiving than her son's. "I struggle with guilt," says Nicole. "I have a hard time keeping her from feeling left out."

Rachel says her 7-year-old daughter used to think it was unfair when her 10-year-old brother (who has been diagnosed with both attention-deficit/hyperactivity disorder and autism) got his way more often than she did. "Every now and then, I'll take her out without her brother and let her decide what we'll do," says Rachel. As a result, the sibling bond has strengthened as they've grown. "I've never told my kids that they were 'easy' or 'hard,' but my daughter understands that her brother has special challenges," says Rachel.

Likewise, Jen, a mother of five girls, tries not to show that she's annoyed when her youngest lags behind as they're getting ready to leave the house. "I'll say something like, 'I guess Emma needs extra time today. Let's all give her a couple of minutes.'"

How Some Parents Find Workarounds

There are some things that Rachel's son can't do, and then there's stuff he doesn't want to do—like being in a recent recorder concert. "It was a perfect storm of everything he hates, including dressing up and being in a crowded theater," she says.

"I had to balance how much to push him with how much he was struggling and whether it was because of his diagnosis or just defiance." Ultimately, he performed in the concert after agreeing to a couple of compromises, such as wearing a soft polo rather than a button-down dress shirt.

Jen, too, has come up with her own strategies to minimize the impact that her youngest's fidgety behavior has on the family. "For instance, we have her sit at the end of the table at a restaurant because we know she's going to want to pop up to go to the bathroom," she says. "Plus, we all find value in it: She's also happy to jump up to get more crayons or napkins or an extra menu."

Certainly, when you understand what's causing your child's behavior, you may occasionally need to remind yourself that they're not acting that way on purpose. Molly, whose son has autism, says, "A favorite quote of mine that makes the rounds in the autism community but I think can be applied to anyone is, 'My child isn't giving me a hard time. My child is having a hard time.' Remembering this shifts how you react." Sometimes that reaction is the only thing you're able to control.

Parenting Shapes Who You Become

There's no one-size-fits-all approach to parenting, but research has found that kids who struggle more with negative emotions are most responsive to an empathetic yet structured and consistent parenting style. Rachel says her son seeks affection when he's struggling. "Sometimes he'll say to me, 'Mommy, I need a hug,' and I get all the warm fuzzies," she says.

There are days when staying upbeat is a tall order. For Jen, it helps to think of her younger daughter's challenges as superpowers: "Yes, she's stubborn, but that also means she's tenacious."

The One-Week Fix for Bad Behavior

Of course, we all have moments when we've regretted how we reacted to our kid's behavior. But the hopeful news, experts say, is that kids are resilient and they love us. "One of the great things about life with small children is you get to wake up every morning and have a fresh start," says Dr. Klass.

Another bonus of having two very different children: The experience makes you a more understanding, patient person and one who's in this for the long game with plenty of supportive company. "I used to judge others a lot," says Anna. "Now, when I see a kid acting up, I'll say to the mom, 'Oh, I have one of those too' or 'That reminds me of my Sophie,' and give her a smile. It's good to know you're not alone." 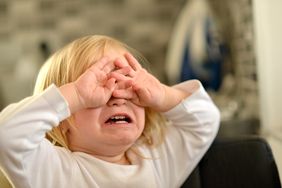 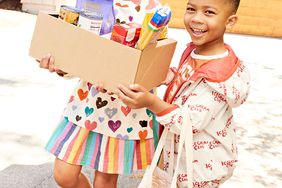