8 Best Kindergarten Books to Get Your Kid Ready for School

From chapter books to board books, this fun bunch of kindergarten-level stories are a wonderful way to get your kid ready — and excited for reading! — before she starts kindergarten.

Parents turned to Common Sense Media, which has reviewed thousands of books, for this roundup of books for kindergarten that will help get your kid ready for the Big Day. Consider it her first required reading list!

By George Shannon and Blanca Gomez (2015)

Featuring multicultural families of many sizes, this counting book cleverly introduces the concept that "one" can mean a single item or a collection of things. A page reads, "One is eight. One box of crayons. One row of ducks. One family."

Bright colors and cheery monsters sweep kids up in the excitement of starting school. But the book also touches on children's fears and apprehension, like when monster Blue asks, "What if I get hungry?" and "What if no one likes me?"

"Where the Wild Things Are"

Wild child Max gets sent to bed without supper after threatening to eat his mom. But her next move puts this book on the list because the message of unconditional parental love—even when you misbehave—is reassuring to kids.

"Where the Sidewalk Ends"

No one will appreciate these nonsensical poems more than preschoolers. One silly rhyme: "Teddy said it was a hat/ So I put it on/ Now Dad is saying/ 'Where the heck's the toilet plunger gone?'"

One of the most compelling stories about sharing, this book explores what happens when a llama won't let the new neighbor girl play with his toy.

In this fun rhyming tale of A to Z climbing up and falling from the coconut tree, kids learn their letters without even realizing it. Bonus: The front and back inside covers colorfully depict the upper- and lowercase alphabet so you can work on letter recognition with your child after the story.

From "I'm not even tired!" to "Can I have a glass of water?" to "I'll go to bed early tomorrow night instead!" the stalling tactics of a cute pigeon who claims he isn't sleepy sound familiar. This book will help your child laugh at his own behavior— just when you need to stick to a bedtime routine the most.

"Charlie and the Chocolate Factory"

Chapter books aren't just for older kids! The story of Willy Wonka's mysterious candy-making operation will hold your child's attention night after night and expose her to a more sophisticated plot. 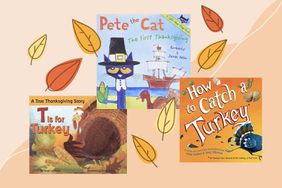 Age-by-Age Guide to Reading to Your Baby 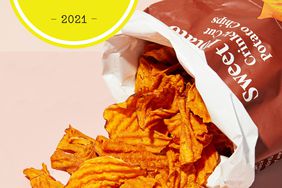 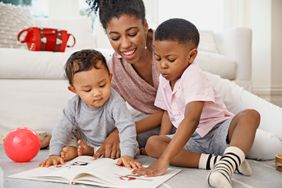