The younger your children are, the better it is to introduce them to a foreign language. Discover the top languages your kids should learn.

Why Should Your Child Learn a Foreign Language?

A growing number of parents are enrolling their babies, toddlers, and preschoolers in foreign-language classes -- and the numbers are expected to rise. "The popularity of such shows as Dora the Explorer, which teaches Spanish, and Ni Hao Kai-lan, which teaches Mandarin Chinese, suggests that parents want to be more proactive in jump-starting foreign language education for their children," says Yani A. Peyton, a bilingual mother of twins and the director of Fun with Foreign Language (funwithforeignlanguage.com) in Bel Air, MD. This should come as no surprise, since numerous studies show that speaking a second language boosts cognitive, memory, and listening skills.

In fact, research published in Psychological Science suggests that simply thinking in a foreign language helps people make quicker and better life decisions. Furthermore, a study by the College Entrance Examination Board reports a direct correlation between foreign language study and high SAT scores. People who speak a foreign language often enjoy better career prospects and higher standards of living. And there are even health benefits -- recent research from the University of Chicago suggests that a second language also helps prevent dementia later in life.

At What Age Should Kids Start?

Experts say that kids should begin to learn a foreign language from a young age; the younger, the better. "A child is born with the ability to learn any language in the world," explains Caryn Antonini, creator of Early Lingo (earlylingo.com). "The older the child gets, certain windows close in terms of language acquisition, but so long as the child learns the language before puberty [age 12 or 13], the child should be able to speak with a native accent." If you can't afford lessons right now, books, CDs, and DVDs in your language of choice can be effective. "Children can still learn from a parent who is not fluent. The important aspect is that the parent is available to learn alongside the child and interact. Fluency is not necessary," says Andrew Finan, who runs a language blog (languagepie.wordpress.com) and who invented KLOO (kloogame.com), a game that uses color cards to form sentences and help kids learn words in different languages.

How do you know which language is best for your child? "Some parents choose a heritage language, meaning that Mom, Dad, Grandma, or another relative speaks the language," says Leslie Lancry, founder of Chicago-based Language Stars (languagestars.com). "This is great because it provides the student real-life experience to use the language and gain confidence." But if only English is spoken at home -- and you're not sure which language to choose -- here are the six foreign languages experts feel will best benefit kids for their futures.

As the second most common language in the U.S., with 34 million speakers, Spanish is a popular choice for parents. It's also one of the easiest foreign languages for English speakers to learn. "Much of the Spanish vocabulary is similar to English, and Spanish is a phonetic language, which means that words are pronounced as they are written," Peyton says.

Consuelo Bova, CEO of the children's foreign language learning store SmartMouthLearning.com, also sees Spanish as a good foundation for learning other languages: "For a 'first' second language, the learning opportunities and materials are plentiful for children just about anywhere in the U.S. And with its similarity to other Romance languages (French, Italian, Portuguese), it can be an excellent jumping-off point for a child who comes to love languages."

Jonathan Riedel, CEO of Forword Translations (forwordtranslations.com), agrees. "I think that if people are looking for careers with languages, Spanish is always a good, safe bet. There is an incredible number of native Spanish speakers in the U.S. and in the world (about the same number as native English speakers)."

According to statistics, more than 1 ? million Americans speak French, making it the fourth most common language in the U.S. "Spanish and French are the most popular languages to teach children. In both cases, there is an element of 'teach what you know,' and since so many parents have been exposed (as native speakers or through school programs) to French and Spanish, these are the languages they can more easily pass along to their children," Bova says. College degrees in the language are becoming more common. "If one wants a language for international business, politics, or travel, French is best," says Pablo Solomon (pablosolomon.com), a former teacher, counselor, and consultant to the U.S. Department of Education. "French is also the language of choice in the arts." According to the 2012 Tourism Highlights publication from the United Nations World Tourism Organization (UNWTO), France is ranked No. 1 on the international tourist list. (China is No. 3, Spain is No. 4, Italy is No. 5.) And with more people traveling abroad, "they may have a goal of traveling to a French-speaking country where the language can be reinforced for the child," Lancry points out.

Get Kids to Learn Chinese, Italian, and More

Given China's vast population, growing economy, and increasing political power, experts recommend learning Mandarin Chinese, the main spoken dialect. "The language's tones make it sound more like a song, which is a tool utilized in teaching young children for other subjects. The written characters look like pictures, which appeals to younger children who are usually visual learners," says Nicole St. Leger, a teacher of Mandarin Chinese at Canterbury School of Florida in St. Petersburg.

Corinne Dillon, founder of Discover Mandarin (discovermandarin.com) believes that "learning [Mandarin] provides key insights into one of the world's oldest, continuous civilizations, which also happens to be the world's fastest growing economy." Learning the language is beneficial for your child's future career prospects. "Employers in our country and other countries need people to speak Mandarin to conduct business. This is not a trend that is going to be changing any time soon," St. Leger says.

In many schools, Italian is outpacing French as the language to master. Matt Drucker, founder of Italian Language Littles (italianlanguagelittles.com) in Massapequa, NY, isn't surprised. "Over the past five years, we have seen an increase in inquiries and a significant increase in the number of school-age children enrolling. For many parents and grandparents, giving their children a better understanding of their heritage plays a big part in enrollment."

There's also an educational advantage to learning Italian. "It's the closest Romance language to Latin, and because about 60 percent of the English language is Latin-based, outside of studying Latin itself, Italian can be a major advantage on the SATs," Drucker says. Although the language is not considered a global powerhouse, Italy has the eighth largest economy in the world, and many big-name companies (such as GE and IBM) have offices there, so mastering the language can lead to career opportunities.

Germany has the fourth strongest economy and is the number-one export nation in the world (many American companies are owned by German companies). Because English is a Germanic language, some words and their origins are similar, which can make German an easier language for kids to pick up. More than 5 million people in the U.S. speak German, and it's popular in various places around the world (89 percent of the Austrian population speak German and 65 percent in Switzerland). It's a key language to learn in the current global economy too. "In Europe, schoolchildren are learning German because their economy is the strongest there," Antonini says.

Germany is consistently ranked in the top 10 visited countries (it's currently No. 8 on the UNTWO international tourist list). The country awards a generous number of scholarships and other support for foreign students to study in Germany. Of particular interest to music lovers is that most of the world's famous composers and musicians (Beethoven, Brahms, Bach, Handel, Mozart) came from German-speaking countries, and Vienna, the capital of Austria, is known as the center of classical music around the world.

Although not technically a foreign language, American Sign Language (ASL) is the fourth most used language in the U.S. "There are growing numbers of people who use sign language -- not only the deaf, but also individuals with special needs, such as Down Syndrome," says Louise Sattler, owner of Signing Families (signingfamilies.com). "ASL has deep roots within the deaf community and I believe that children should learn the language and the culture," Sattler says. Visual languages are sometimes easier to learn for kids, but it's important to make sure that ASL instruction reflects the true language and not made-up signs. Knowing ASL can be useful if a different means of communication is needed during a medical emergency or a disaster, especially since more than one million deaf and hearing people communicate through ASL. 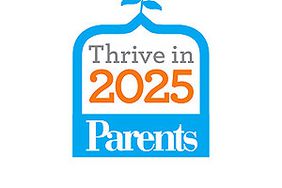 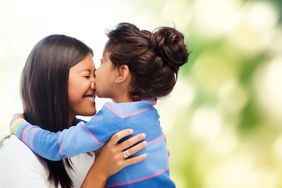 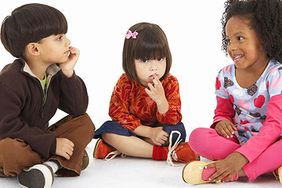