Discoveries, frustrations, achievements -- they're all in a day's play for a toddler.

As your child approaches her second birthday, she is rapidly becoming more independent. She's old enough to walk and eat without help and to play a little on her own. You might even enjoy a few quiet moments as your child puts her dolls to bed or cooks in her play kitchen, imitating the actions of the adults in her world.

Your child understands most of what you say and can follow two-step directions, such as, "Please go upstairs and get your shoes." It helps that he's starting to understand the meaning of prepositions like "under," "in," and "around." But while 2-year-olds can take in much of what you say, their understanding of the finer points is still shaky. Like anyone learning a new language, "toddlers grasp nouns a lot faster than they grasp verbs," observes pediatrician Harvey Karp, MD, creator of the DVD and book The Happiest Toddler on the Block. That's partly because nouns are concrete, whereas verbs are constantly changing. For instance, your toddler might have a hard time deciding whether to use "run" or "ran" (or he may say "runned").

While there is some similarity in how much 2-year-olds understand, toddlers vary wildly when it comes to the number of words they can say. Most have at least 50 words in their vocabulary, but some have as many as 200 at their disposal, talk in simple sentences, and even sing their ABC's.

No matter how many words she has under her belt, chances are it's enough to share her excitement as she explores the world. She may see her first caterpillar and tell you it's a "doggie," or she may think the moon is moving along and dancing with her and point so that you can watch it too. Your child's memory is better also; if you're in the car and she sees the sign for the zoo, she'll get excited because she remembers the elephants and monkeys.

Taken together, your 2-year-old's rapidly developing abilities to move around physically in his world, socialize with others, and express himself allow him to satisfy his curiosity in ways he couldn't just a few months ago. Your toddler's personality emerges clearly as he begins to make his preferences and opinions known -- if not always in words, then through his actions.

As parents undoubtedly know, the same qualities that make toddlers so much fun to be around -- insatiable curiosity and strong opinions -- can create challenges and more than a little drama. You want her to wear her yellow jacket, but she insists it's a blue-bathing-suit kind of day. You want to pour her milk, but she falls apart when you try to take the jug out of her hands. In fact, these days your child's favorite phrase is "Me do it!" whether you're getting her a bowl of cereal or trying to zip her jacket. Of course, her eagerness to do things for herself far outweighs her abilities -- all too often, the milk gets spilled, the jacket takes forever to zip.

On the other hand, just as your toddler is eager to try her new skills by doing "big people" tasks, she also has a long list of things she'd rather not do -- and isn't shy about letting you know! She refuses to pick up her toys, announces that the chicken she loved last week is "icky," and resists going to bed -- not because she's being bad or even rebellious, says Vera Frumin, MD, chair of pediatrics at the Holy Redeemer Health System, in Philadelphia, but simply because she's so intent on having things her way.

And sometimes there's no rhyme or reason as to why he's digging his heels in (you tell your child to put on his coat, and he refuses). What's going on?

As children approach 2, they're just beginning to understand the concept of rules. They know there's a difference between what they want and what they can have, but they don't yet know how that decision is made. Therefore they become determined to test your limits -- and theirs. Your toddler announces that he won't wear the coat -- not because he's hot, but because he is driven to assert his preference (which in some cases is the opposite of whatever you want), and to see how important it is to you that he wears the coat.

Once things escalate, all bets are off. "There's a reason why the toddler in The Flintstones was called Bamm-Bamm," says Dr. Karp. "Toddlers are basically pint-size cavemen. They walk like cavemen, grunt like cavemen, and eat with their hands. Plus, when they get upset, toddlers can really go ape." For all of these reasons, defiance is a powerful tool in your child's declaration of independence. "The unreasonableness of 2-year-olds is what surprises most people," says Dr. Karp. "What challenges parents most about this age is that they perceive their child as rebellious," Dr. Frumin adds. "But most of the time, it's just a process of the child's learning who he is and how he can express that in the world."

Life with a toddler can be tempestuous: You never quite know when his trouble over a transition, inability to share a toy, or strong desire for something he can't have will erupt into a tantrum. You only know that your child can go from smiling to shrieking in nanoseconds.

No tantrum is pretty. There are the criers and the biters, the thrashers and the hitters, the throwers and the screamers. There are even kids who bang their head on the floor. How often and how fiercely your child's quest for autonomy dissolves into a meltdown will depend largely on two things: his individual temperament and whether his tantrums get the desired results. You will eventually learn how to weather these storms. Meanwhile, remember that tantrums are a natural part of development.

"All young children show through their behavior what they can't say in words," Frumin. "Sometimes tantrums are the only way your child has to express her feelings because she has so little control over her impulses and emotions. The 2-year-old who falls to the floor kicking and screaming is not that different from the 5-year-old who whines because she's tired and just less able to regulate her own behavior."

The most typical tantrum triggers include not being able to verbalize what they want, not getting what they want, or being tired or hungry. The best way to tame them is to stay calm and don't give in. If your child has a meltdown because you say no to candy but then end up buying the chocolate to keep the peace, he's learned that tantrums work.

How much will your child remember about her toddler years? Various studies have shown that toddlers develop a good working memory and a sense of the past versus the present by age 2, says researcher Robin Fivush, PhD, of Emory University, in Atlanta. She may say, "Go swing," before you get to the playground, or protest if you skip a page of a story.

Between 22 and 24 months, your toddler's memory will sharpen so that she can anticipate consequences to her actions. If you're getting into the car and she's holding a box of crackers, she may remember a past spill well enough to hand you the box before she climbs into her car seat.

Most exciting of all, your child's blossoming language skills allow her to start sharing memories with you. Fivush's research demonstrates that conversation about the past helps kids create and remember narratives about their lives and develop "a grounded sense of themselves in the world."

What Baby's Doing:Month 22: Understands nouns better than verbs, can stoop or squat, and starts to understand rulesMonth 23: Can pedal a tricycle, can throw a ball, and follows two-step commandsMonth 24: Can turn pages in a book and asks questions to keep a conversation going 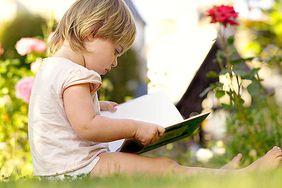 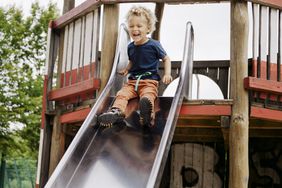 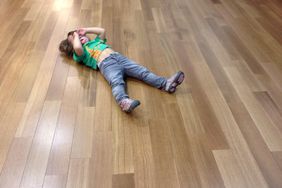