Fears through the years: Manage the most common childhood frights, from strangers to dark nights.

Strangers: Even sleepy newborns recognize—and prefer—their parents over unfamiliar faces, but the strongest separation anxiety starts to kick in by 6 to 8 months, says psychologist Dawn Huebner, Ph.D., author of Outsmarting Worry. That’s a good thing: As your child becomes more able to physically creep, crawl, or toddle away from you, being wary of strangers keeps him from going too far. Most toddlers grow out of this hardcore stage by age 2, but they’re still likely to get clingy when unfamiliar people are around.

Loud Noises: “Babies don’t have a fully developed sensory system, so sudden or loud sounds overwhelm them and they’ll startle and cry,” says Dr. Huebner. Flushing public toilets, thunder, and car alarms are classic offenders. The noise, and their body’s response to it, can also be physically uncomfortable, even for toddlers, explains child psychologist Tamar Chansky, Ph.D., author of Freeing Your Child From Anxiety. After one or two scares, a toddler can associate those unpleasant sensations (“Too loud! It hurts!”) with a certain place and start to get scared even before walking into the noisy restaurant or echoing public restroom

People in Costume: October 31 is more trick than treat now. “Costumes and masks can be really confusing,” says Dr. Chansky. Is that guy in a hood and black cape a person? An animal? He certainly doesn’t look like anyone your child has ever met before, and that makes him seem potentially dangerous. He may not even recognize you right away if you’re in costume— so don’t take it personally if he bursts into tears when you walk out in your wig and witch hat.

The key word is comfort. “An infant or a young toddler is still developing a secure attachment with you, and all he really needs to know is that you’re there to keep him safe,” says Janine Domingues, Ph.D., a clinical psychologist at the Child Mind Institute, in New York City, who specializes in anxiety. So scoop your child up or come down to his level and soothe him in whatever way works best: hugging him, patting him, swaying, and saying, “Everything’s okay. Mommy’s here.” At times when you know that something “scary” is about to happen—let’s say you’re in a public restroom and are about to flush one of those extremely loud toilets—it can also help to warn your child in advance: “I’m going to flush now. The big noise might be scary, but you’re safe.”

And try not to get wrapped up in your own emotions about the whole thing. Yes, a screaming 2-year-old may not be your idea of a “fun” family Halloween, but if he senses that you’re frustrated, it’ll only intensify his own negative emotions. “Staying calm can keep the situation from turning into some awful thing for the kids and making those worries worse the next time,” says Dr. Domingues. Like in a couple months, when it’s time to meet Santa.

23 Ways to Calm a Fussy Newborn

Dogs and Other Animals: The human brain is wired to alert us to and protect us from danger. Back in the day, that could mean a panther or wolf attack—so some trepidation around furry creatures is clearly in order. While babies and toddlers are usually scared of animals, too, things get turned up a notch when an active imagination kicks in at this age, explains Dr. Chansky. Fantastical ideas about what a fastmoving, unpredictable creature might do—It could knock me down! Lick my eye! Eat my entire hand with its huge teeth!—can make even friendly dogs and cats seem scarier than ever.

The Dark: After years of sleeping soundly in the dimmest of rooms, your kiddo can suddenly become petrified of shadows in her bedroom or start crying that it’s “too dark” in there. She is scanning her environment all of the time to take note of what she sees and make sense of what’s around her, says Dr. Huebner, so the dark is especially hard because she can’t see much at all. Your child’s burgeoning imagination also plays a role: “Kids hear a noise or see a shadow and think, ‘What’s that?!’ They might imagine it’s a monster, or a tiger.”

Ch-ch-ch-ch-changes: Again, your child is working hard right now to figure out how the world operates. That’s why routines are so comforting to a preschooler and why anything that disrupts them—you getting a dramatic haircut, moving the living-room furniture around, putting something new on her dinner plate—can be unsettling for her, says Dr. Huebner.

Strike a balance between rushing in to rescue your kid and sticking around for a bit so she can get used to a situation, says Natasha Burgert, M.D., a pediatrician in Kansas City, Missouri. Let’s say your daughter is scared of an approaching dog. Pick her up and comfort her, but stay there for a minute or two. Talk about the doggie being big, or put the back of your hand out and let the dog have a sniff. Whatever you do, don’t completely avoid scary stuff. “Of course you don’t want your child to suffer, but if you never expose her to that frightening thing again, that will perpetuate the fear for her,” says Dr. Chansky. It’s like saying, “Yep, you’re right, that dog (or that spinach, or that new couch) is dangerous, and you can’t handle it.” Instead, keep coming back to it, and your child’s comfort zone will adjust and expand.

Making a Teacher Mad: School is still a relatively new experience, and since your child doesn’t know the exact rules and expectations yet, he may fear accidentally stepping outside the lines. This will likely manifest in stories he tells you about other kids, says Dr. Domingues: “Today Maddox wouldn’t sit down and Mrs. Smith was really mad. He lost all his playtime.” He may see other students being corrected or disciplined and worry that it’s going to happen to him next.

Getting Sick or Hurt: Remember when you could kiss your kid’s boo-boo and make it all better? Not anymore! Fears around being sick or injured pop up at this age for a few reasons, says Dr. Chansky: Not only is your child more aware of the world around him—he really took it all in when his friend flew off the tire swing and got a bloody lip—but his memory is developed enough to remember what it was like the last time he had a really bad cough and had to go to urgent care.

Bad Dreams: Your child is still trying to work out what’s “real” and what isn’t—most kindergartners are all in for the Tooth Fairy and unicorns! “So when he has a bad dream, it can feel so real that he may think it actually happened,” says Dr. Domingues. This reality blur is part of normal brain development—it’s the reason you’re probably also noticing a lot more pretend play right now too.

Offer empathy plus an explanation. After a bad dream, for example, comfort your child and then explain that dreams—happy, silly, or scary—are just stories that our mind makes up at night, and they’re not true. But no matter how “silly” a fear may seem to you, don’t dismiss it by telling him it’s “nothing,” says Dr. Chansky. That sends the message that his feelings are wrong and could actually stunt his ability to appropriately manage and respond to strong negative emotions in the future. Dr. Chansky suggests this exercise to try: Have your child draw four doors on some paper, and then draw a picture of one of his favorite things—a cupcake, Grandpa, Lego, the beach—in each. Before bed at night, ask him to pick a door to “walk through” and think about as he goes to sleep.

Sudden Tragedies: Your child is becoming much more aware of the world around her, including weather reports, stories on the news, and sad historical events she learns about in school. But a kid this age doesn’t have a strong sense of context when it comes to storms, car accidents, or terror attacks. “There’s a hurricane on the news. Where is it? In her backyard—at least in her mind,” says Dr. Chansky.

You Getting Sick or Dying: If it seems like a lot of morbid stuff is swirling around in your child’s head these days, that’s because it often is. “Kids ask about death in a more serious way around age 7,” says Dr. Domingues. Not only are they cognitively advanced enough to grasp an abstract concept like death, but they may also have lost a family pet or a great-grandparent. Plus, they’ve aged out of that “parents are gods” phase and realize that you are mortal (and can die) too.

How to Help Your Anxious Child

Creepy Stuff: As smart and grown up as your kiddo may be, she still has a lot of imagination, and spiders, witches, and ghosts can make her mind wander. “A closet door, the dark crawl space underneath the bed—children fill them in with their imagination,” says Dr. Chansky. As for worrying about animals like snakes and spiders, she adds, that’s not a wild or wacky fear at all but one based firmly in reality: “There really are some animals that could hurt them, and big kids know that.” Learning the difference is how they take charge of their fears.

Gather facts, together. If your kid tends to worry about bad weather, for example, spend a few minutes learning about storms. Then you can help her make a list of her specific fears on one side and what you've found out on the other. “Maybe you discover that hurricanes are very rare where you live, or that if they do happen, there are warnings far in advance so that people can prepare and be safe,” Dr. Chansky suggests. A word of caution: Don’t full-on lie about tough stuff. Bad things do happen in the world, and your child knows it, says Dr. Domingues. “Of course, you want to protect her, but if she realizes that what you’ve said isn’t true, that sets her up to mistrust you in the future.” It’s also important to reassure her that when bad things happen there will always be other people to help, like firefighters, police officers, or the Red Cross. 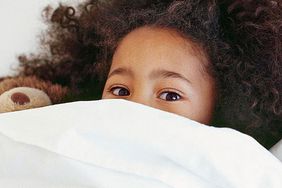 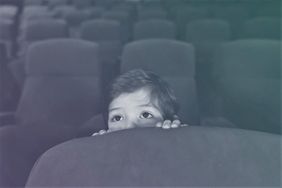 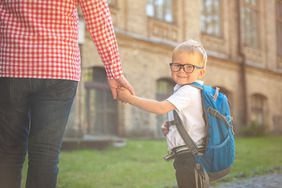 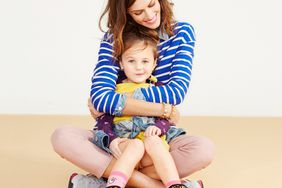