We've been told our little boys are naturally more active and aggressive, our girls innately more caring and cooperative—but some experts beg to differ.

One chilly morning my 3-year-old son bounced off the walls of our small home, as well as the couch and the dining-room chairs. In fact, the mini trampoline bought just for channeling such urges was the one piece of furniture on which he did not jump. When his shock of orange hair flew down the hall toward our sleeping newborn, I gave chase. He abruptly reversed direction and collided with me, stretching my pinky toe out at a 90-degree angle. My brain registered an audible pop just before the icy fire of pain.

The next day, my foot was so swollen it could hardly bear weight. My son greeted me with his customary tackle-hug, inadvertently stomping on my toe and once again eliciting a snapping sound. I turned to my husband, waved “all done” in baby sign language, and hobbled back to bed. When I woke, the agony had miraculously vanished. The doctor’s diagnosis: My son had accidentally dislocated and then relocated my toe.

Even during the most frenetic moments of her “terrific twos,” his older sister never hit such heights of activity. But she’d climbed inadvisably, revered dinosaurs, and ogled construction sites with such fervor that I’d long resisted the “boys will be boys” mentality. However, now that I was seeing a real gender difference, I wanted to call a spade a spade and join my friends and family in thinking it all inevitable. Seeing my son’s rambunctiousness as God’s plan and buying a “Tough like Daddy” T-shirt sounded much more pleasant than scrutinizing my own behavior and engaging in hard conversations about gender.

Boys vs. Girls: How to Tailor Your Parenting Techniques

But I couldn’t gulp down the pink and blue Kool-Aid just yet. After all, my sample size of two clearly lacked scientific rigor. So I started reading.

The first thing my online search found was a gaggle of experienced educators asserting that boys and girls act differently. Many of them used illustrative anecdotes, like that time a 4-year-old girl lovingly swaddled a dump truck while her male peer wielded a doll like a weapon. Then I found studies backing them up, with measurable disparities in young boys’ and girls’ activity levels, play interests, and more. So I knew my kids weren’t outliers, but I needed more science to figure out if their gendered behavior was biologically predetermined. I turned to books.

The easiest ones to find told me just what I’d hoped to hear. Popular authors like Leonard Sax, M.D., Ph.D., therapist Michael Gurian, and psychiatrist Louann Brizendine, M.D., say male and female brains are hardwired to be different, with girls entering the world better equipped for empathy and communication. In Why Gender Matters, Dr. Sax tells parents to “work with your child’s innate, gender-based propensities,” like boys’ naturally superior understanding of systems.

Belief in this traditional narrative is so prevalent that a national child-care provider sent me and other enrolled parents a newsletter declaring, “Some behaviors do indeed seem to be hardwired—boys, says the American Academy of Pediatrics (AAP), are likely to be physical and active; girls more likely to be verbal and calm.” There’s just one hiccup: The AAP article cited actually describes “gender-specific patterns,” not innate differences. And therein lies the problem.

The power of parenting

I found a separate crop of books offering an alternative perspective and reached out to some of the authors. Lise Eliot, Ph.D., professor of neuroscience at Rosalind Franklin University, in North Chicago, and the author of Pink Brain, Blue Brain, explained the concept of “neural plasticity” to me. We tend to think of human brains as developing from birth to grave according to a biological blueprint, but each day our experiences lead to growth in some circuits and synapses while letting others lie fallow. This means that when neuroimaging technology shows gender differences in adult brains, those differences could be biologically destined to be there, but it’s just as likely they’re because men and women have had different experiences over the course of their life. Confusing “brain” with “nature,” she said, is both common and troublesome.

To tease out what’s chicken and what’s egg, scientists have looked at very young children, figuring we can more confidently blame differences on genes and hormones, rather than environment, when they appear in fetuses or newborns. A pattern emerged from this research, and once it shifted my mindset, I saw it on the playground and on my living-room floor.

One study didn’t find any gender discrepancy in newborns’ eye contact, but when the experiment was repeated four months later with the same infants, girls had quadrupled their eye contact while boys had only slightly increased theirs. Ultrasounds during pregnancy show no gender differences in activity level before birth, and none of the motor milestones are different between boys and girls in the first two years. But from age 3 and up, the average boy is more active than about two thirds of girls. Research on toy preference and mental rotation skills tracks the same course, with a gender gap appearing only after several months of life.

What’s going on? Some scientists would say “innate propensities” take a little while to manifest themselves, but there’s a competing explanation. Another body of research—in which adults are misled about diapered genitalia—proves that people treat children differently based on gender, starting at birth. One study involves parental estimation of babies’ crawling prowess. Mothers who were asked to set up the slope of a ramp on which their baby could crawl were nearly accurate in predicting boys’ ability but significantly underestimated girls’.

“If parents think girls are less able than boys, they’re not going to present them with the kind of environment that would enable them to develop those skills,” says Rosalind Barnett, Ph.D., a senior scientist at the Women’s Studies Research Center at Brandeis University, in Waltham, Massachusetts, and coauthor of The Truth About Girls and Boys. In other words, when we tell little girls to “be careful” but comment, “What a boy!” when our sons attempt the same feat, the stereotype becomes a self-fulfilling prophecy.

One study discovered that mothers speak to and interact more with infant and toddler girls, even though the boys are no less responsive. Other research has found that dads speak more openly with daughters about sad feelings while using more achievement-oriented words (such as proud, win, and top) with sons. Dads also sing to girls more, and both moms and dads spend less time with their boys reading and storytelling, which are known to build empathy.

Does that mean that the only differences between girls’ and boys’ brains are the ones we create through socialization? Well, yes and no. “Neuroscientists have not nailed down any structural or neural-activity differences except that boys have larger brains proportionate to their larger average body size,” says Dr. Eliot. Although male brains are exposed to higher levels of testosterone before and after birth, scientists disagree about how much that matters. Some cite research suggesting more testosterone leads to a preference for “boy toys.” But girls who have practice rotating objects in three dimensions—a skill reinforced by building sets and video games—can close the gender gap.

How, then, can some experts make such definitive claims about boys’ and girls’ differing brains? Most theories are based on a kernel of truth but are extrapolated far beyond what scientific standards allow, says Dr. Eliot. Some studies have too few participants or don’t involve humans. Others can’t be replicated, or you’ll have five studies saying one thing while another five suggest the opposite.

Take the well-known “newborn gaze” study conducted at the University of Cambridge, in England. A researcher presented babies with a mobile and a human face and reported that male babies spent more time looking at the mobile and female babies at the face. Many treat the study as clear evidence of inborn “systemizing” in males and “empathizing” in females, but others point out flaws, including the fact that the “face” was a researcher who knew the gender of some of the babies beforehand. Dr. Eliot offers another example: “Leonard Sax wove a whole theory about differences in boys’ and girls’ vision based on a study about the retinas of rats.” But we don’t know this when we see a book entitled Why Gender Matters at Barnes & Noble.

The bottom line Where does all this studying of studying leave us? “It would be a mistake to say there are definitely no innate differences between boys’ and girls’ brains,” Dr. Eliot says, but the fact that we haven’t detected any clear ones means they must be extremely subtle. At the same time, research has shown that social norms—bolstered by distorted science—act as self-fulfilling prophecies, forcing our kids into pink and blue boxes.

We worry about our daughters falling behind in the STEM fields, but treating boys as if they’re hardwired to have trouble expressing emotions and developing relationships also does them a great disservice, says Judy Y. Chu, Ed.D., author of When Boys Become Boys.

After digging into gender science, I’m not willing to call my son a spade and his sisters diamonds, because there’s no proven reason to treat them differently. So I’ll speak up the next time my friend’s boyfriend refers to my older daughter as “sweetheart” and my son as “bruiser.” And I won’t bite my tongue when a mom at the park points to my younger daughter, saying to her son, “Be careful. She’s a girl.” After all, the children are listening.

This article originally appeared in Parents Magazine as 'What Science Really Says About Boys and Girls.' 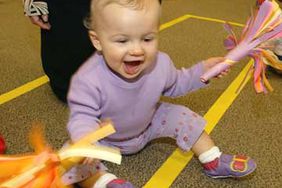 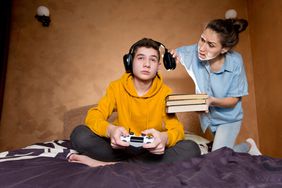 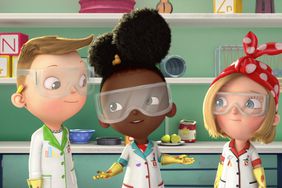 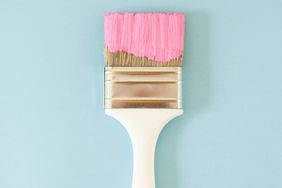 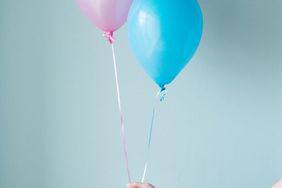