At times, your sassy, supersensitive, or high-strung kid can be exasperating. Relax! With the right guidance, he can use those traits to excel.

When my daughter, Liz, was little, I worried because she was so argumentative. Exhausted from debating with a 5-year-old every day, I was envious of my friends with more compliant kids. I didn't understand that this frustrating part of Liz's personality--her fierce independent streak--was a sign of strength. Today Liz is in her 20s, and I'm proud of the way she stands her ground.

Whether your child is stubborn and defiant or shy and ultrasensitive, those very qualities that you find difficult as a parent may be ultimately responsible for your little one's success in life. Experts agree that it's impossible to change your child's basic temperament--a strong-willed child is hardwired that way, and so is a timid or an emotional one. "The trick is to shift your attitude and channel those traits," says Stanley Turecki, M.D., author of The Difficult Child. "Stop seeing your child as a powerful little person out to make your life miserable, and view him, instead, as a kid who needs your guidance to manage his personality." Here's how.

"Mommy, no!" This is your child's constant refrain. Every morning she rejects the perfectly adorable outfit you pick out for her to wear. Breakfast is a power struggle: Cereal? "No!" Banana? "No!" Juice? "No!" And on it goes throughout the day, with crying and even a tantrum or two when she doesn't get what she wants. She's bossy, she pouts, and she's intent on running the show. Wouldn't life be wonderful if she didn't put up a fight about every little thing?

Stay-Calm Strategy: "The challenge in parenting a strong-willed child is to give her the skills to get what she wants in a nondemanding, more effective way," says Ruth Peters, Ph.D., author of It's Never Too Soon to Discipline. First, recognize the positive side to the difficult behavior--she knows what she wants and is going to fight for it. "Defiant kids need to feel as if they're calling the shots," Dr. Peters says. How do you persuade this child without getting into daily power struggles? Negotiate. Give her a say in the matter by presenting a variety of choices that both you and she can live with. That may mean allowing her to wear the outfit she chooses--even if it doesn't match. Or try talking about breakfast the night before and letting her decide (within healthy limits) what she'd like to eat. By giving your child appropriate creative license, you'll avert arguments and let her assert her individuality.

The Good News: "A defiant child's self-confidence allows her to be a social risk taker," Dr. Peters says. She may be more apt than other kids to raise her hand in class, initiate a game on the playground, or make sure she's not neglected by her friends. As adults, these larger-than-life children often become successful business people because of their ability to speak out.

Your 4-year-old has meltdowns in the middle of a playgroup, gets his feelings hurt frequently, whines when he has to go somewhere new, and cries easily. He's too hot, too cold, too tired, or too full. Sometimes, he's just too much to handle. But try not to get irritated with him. What makes the sensitive child so touchy is also what can make him highly compassionate and caring.

Stay-Calm Strategy: "The high-strung child is not only emotionally sensitive but also finely tuned to physical sensations such as touch and sound," says Stanley Greenspan, M.D., author of The Secure Child. "He may become overwhelmed by noisy peers or uneasy in the most kid-friendly circumstances -- I've known kids who scream at the playground because the grass is itchy." While it's tempting to spend hours trying to reason with a fearful 4-year-old, that technique won't foster independence. "Instead, try to expose your child in steps to situations that are difficult for him," says Dr. Greenspan. For example, if your 4-year-old screams, holds his ears, and runs out of the room when you take him to a playgroup, don't force him to join in the other kids' games. "Bring him to a corner of the room, and using a calm voice, get him interested in a game," Dr. Greenspan says. "Ten minutes later, ask one other child to join you. Eventually, you can expand the group until your little guy is able to interact both one-on-one and in small groups."

The Good News: With proper guidance, you can expect your sensitive child to become a compassionate and empathetic adult. His nature allows him to develop a strong ability to understand others' feelings. Sensitive children often grow up to be wonderful artists, teachers, and therapists.

At 2 or 3, the shy toddler seems easygoing--content to play alone, rarely given to tantrums, and less demanding than his more outspoken peers. But by age 4, this same child may begin to act a bit more withdrawn: He's timid in preschool and has a difficult time making friends. At 5 and 6, he may show a lack of interest in after-school activities, preferring to read in his room or build fantasy worlds with Legos rather than play with friends. You find yourself wondering: Can all this alone time be good for him? Is it unhealthy?

Stay-Calm Strategy: "There are several reasons that a child is timid," explains Douglas Riley, Ed.D., author of The Depressed Child. "While some children are shy because they doubt their self-worth, others are genetically predisposed to be that way--research suggests shyness is largely an inherited trait. Then, too, some children just need help spotting the social cues that are required for interaction with peers." Whatever the underlying reason, with your help, a naturally withdrawn child can gradually learn to become more socially comfortable. Dr. Riley's advice: Begin by teaching basic people skills. Ask your child to make eye contact with you for seven seconds; this can be a real challenge for less outgoing kids. Watch a movie or TV show with your child and talk about a specific character--explain what he's feeling and why he acted the way he did. Social graces are just like any other skills, says Dr. Riley: "You have to practice them with your child the way you would practice a basketball shot." The point is to help your little one interact with others and to teach him better interpersonal skills--not to remake him into a social butterfly.

The Good News: The naturally withdrawn child may mature into a thoughtful adult, a keen observer of human nature and situations. Your child may go on to become successful in a solitary profession such as researcher, scientist, musician, or writer. So respect his ability to be happy on his own, and honor his introspective nature.

The Drama Queen or King

The dramatic child reacts theatrically to even the slightest disappointment or demand, is prone to tears and outbursts, and relishes every opportunity to stage a grand performance. "Don't let your child's Oscar-worthy dramatics defeat you," says Michele Borba, Ed.D., a Parents adviser and author of Don't Give Me That Attitude! "Knowing when to step in and redirect her passion is key to tempering her over-the-top behavior."

Stay-Calm Strategy: The drama queen is filled with emotion and is not shy about expressing her feelings. "Her theatrics are predictable, and you will see her winding up before she goes into full-fledged attention-getting mode," Dr. Borba says. "At this point, give her a sign that lets her know she's about to cross the line." And if she doesn't respond, simply walk out of the room and wait for the performance to end. When the scene is finally over, talk to her calmly and rationally about what's bothering her. With time, she will learn that she can get her point across much more effectively without acting out.

The Good News: Today's drama queen or king may be tomorrow's Nicole Kidman or Brad Pitt, so be careful not to squelch this child's spirit. Passion is a valuable trait, and kids of this nature may become highly effective motivational speakers or even politicians.

Copyright© 2005. Reprinted with permission from the September 2005 issue of Parents magazine. 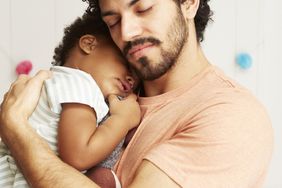 How Nature and Nurture Influence Your Baby's Development

Coping with an Argumentative Child