Just because you're paying them to care for your kids doesn't mean you don't have a job to do, too. Consider this a crash course in teen babysitter etiquette.

When I got the call from Mrs. Leary* saying that my friend Hannah had recommended me as a babysitter for her two little girls, I accepted without hesitation. Mrs. Leary asked if my mom could drive me over on Friday night at 5:45 so that she and Mr. Leary could go out to dinner and the theater.

The girls, 3 and 5, were adorable, and nothing about those first few minutes at the Learys' indicated that I was about to have one of the most disturbing experiences of my babysitting career. But after that evening, it occurred to me that with a little communication, some of the most difficult problems could be avoided.

So I spoke to more than a dozen other teenage babysitters and came up with ten tips for parents who are contemplating hiring an adolescent to care for their kids.

Don't assume I have my M.D.

When I arrived at the Learys', the girls were well-behaved and happy to meet me. As Mrs. Leary was heading down the front steps, she casually turned and said, "Susannah will show you how to apply her compresses. She has a tiny rash, but it's nothing to worry about!"

One hour later, I discovered that the "little rash" was actually full-fledged boils, as oozing and disgusting as anything I've ever seen. The application of the compresses involved keeping the water extremely warm, wringing out the cloth repeatedly, and reapplying it over the course of two hours. I was shocked that Mrs. Leary would trust me to handle this task.

When I got home, my mother stood over me to make sure I washed my hands thoroughly, and the next morning she called Mrs. Leary to discuss the matter. Needless to say, I haven't been back since. My suggestion to the Mrs. Learys out there: Warn the sitter ahead of time if your child requires any medical attention. Give her (and her parents) the chance to decide whether it's appropriate and something she can handle.

Discuss details before you dash.

Too many teens have spent long hours sitting, sometimes for several children, only to have the parents hand them half of the going rate. And I suspect that many parents are stunned at the end of the evening when a sitter charges them twice as much as they'd expected to pay. Bringing up the issue of money can be embarrassing and awkward for teens: A friend of mine started turning down a family that didn't pay enough simply because he was too nervous to ask for more money. To avoid confusion, negotiate the fee ahead of time, preferably before booking the sitter. If you're unsure of what to offer, check with your neighbors or a local youth-employment office.

Another important issue: Make transportation plans in advance. Not all teenagers can drive, own cars or have parents who are willing to pick them up late at night.

Don't expect me to have ESP.

Does your child need to sleep with a certain stuffed animal that tends to get lost around the house? Will she eat her grilled cheese sandwich only if it's cut in triangles? Does he have a special word for his blanket or his bottle? Tell me before you go out. My friend Karen Clark, 16, of Hastings-on-Hudson, NY, was putting a little girl to bed when the child requested a massage just like the one her father gave her every night. It was part of her "religion," she said, and she couldn't fall asleep without it! Karen rubbed the girl's back but was put off by being asked to do such an intimate task; she might have felt less uncomfortable if the parents had explained it to her.

Once when I was caring for the 2-year-old across the street, I spent half an hour trying to interpret the word "fod." I held up one object after another until I happened upon the little green frog he wanted.

It may sound obvious, but don't leave anything lying around that may embarrass you. If it's something you wouldn't want your mother, minister or child to see, it certainly shouldn't be out where the babysitter can stumble upon it. A 16-year-old sitter from Nashville had the shock of her life when she went to the freezer for ice cream and found a bag full of marijuana. She didn't say anything but felt incredibly awkward with the parents after that. Other embarrassing finds: pornography on the bookshelf and sex manuals under the coffee table.

That night at the Learys', I was instructed to give the girls dinner. I looked in the refrigerator and found only a small plate of ravioli, possibly enough for the two kids but certainly not enough for me as well. The freezer held one old carton of soy ice cream (but no marijuana, thank goodness). The cupboards were bare. Another time, Karen and I were babysitting together and discovered that every snack, dairy product and canned good had expiration dates from literally months before. While sitting for some people she describes as "health food freaks," Mandy Blake, 17, of Dobbs Ferry, NY, discovered after the fact that the crackers she was told to give the little girl as a snack were teeming with mealworms. Nobody expects a pantry loaded with junk food, but there should be something that's simple to prepare if you expect the sitter to feed your kids and a little something for him to munch on.

What I don't know can be hazardous to my health, your child's safety, or both. As Karen's older sister, Maureen, 19, was putting the neighbor's little girl to bed, the child asked Maureen to lie down with her until she fell asleep. Not a problem-until the next day, when the mother called and said, "I forgot to tell you. My daughter has lice." Luckily, Maureen remained louse-free.

On one of my babysitting jobs, it was only after the parents returned that they told me their phone lines were out of order. I had spent hours that evening wondering why I couldn't hear anyone who called and why I was repeatedly cut off when I tried to make a call.

Nothing is worse than turning down a date or another job and then finding out at 5:30 PM on a Friday that my 6:00 job has been canceled. In the best circumstances, the family should provide at least a token payment. And if I'm your regular sitter, I will still need to know which night and what time you'd like me to come this weekend. Don't call me half an hour before you need me; let me know early in the week.

Too far in advance can get tricky too. It's hard to commit months ahead of time for ordinary weekend babysitting jobs, so unless it's a special occasion or event, ask me only one or two weeks prior to the date.

Be clear about how long you plan to be gone. It's troubling when you expect parents to return at 11 PM and are still waiting for them at 1 AM. Renee Campbell, 15, of Branford, CT, has often been told it will be strictly a three-hour job and then found herself still babysitting six hours later. Obviously, sometimes this is out of your control—a concert runs long, there's an accident on the highway—but call if you're going to be much later than expected.

Don't give me more than you can handle.

If you find it hard to comfort a crying infant and feed your toddler at the same time, imagine how difficult it will be for me. Giving me the option of bringing a friend to help is a good idea. This would have been a great solution for Holly Fellows, 16, of Hastings-on-Hudson, who found herself stuck with rambunctious twins who tormented her to the point of tears.

There are two approaches to the double-sitter situation. The first one is to hire two people and pay them both the going rate. The second is to tell your babysitter that she's welcome to bring a friend along; the two of them will work out how to divide the money.

Rules are meant to be spoken.

A babysitter doesn't instinctively know what's off-limits. Can I use the phone? (If so, do you have call waiting? I won't use the phone if I know that I'll be tying up the line.) Is there a particular TV that you'd prefer I watch? Is any food being saved for tomorrow's lunch?

Now that I have you scrambling to hide your X-rated videos and to stock your cabinets with gourmet treats, let me make a final point. For every parents-from-hell story, there's probably an equally harrowing sitter-from-hell tale. But teenage babysitting benefits the parents (who have cheap, reliable labor), the children (who get an entertaining playmate) and, of course, the teenager, who, when the circumstances are right, makes some money—and has fun too.

This piece originally appeared on Parenting.com. Sarah Heyward, 16, has been babysitting since she was 12. 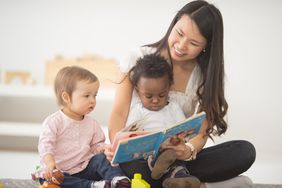 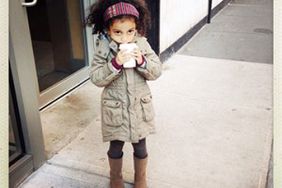 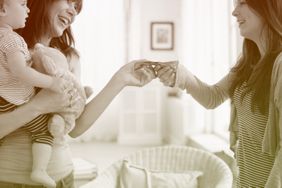 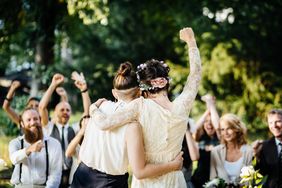