One of the kindest things you can do for someone in need? Take meal prep off their plate.

Last Winter, when Nadya Ramos got an email from a friend asking her to join a meal train for parents in their community who'd just had a baby, she was stumped. "I had no idea what a meal train was," says Ramos, a Honduran mom of a 3-year-old son in Phoenix. But when she found out it was a way to help others by signing up to provide a home-cooked meal, she couldn't say no. "I hadn't known the family for long, but I could empathize—new parenthood can be isolating."

So one Sunday, Ramos recruited her Dominican mother-in-law, and the two spent the entire morning cooking the most comforting dish they could think of: pollo guisado con arroz blanco. It was a hit. The second Ramos got home from dropping off the meal, she got a text from the family—a photo of the empty containers. "It felt so good to spread a little joy and culture," says Ramos.

When people are adjusting to life with a new baby or enduring an illness, a hospital stay, or another stressful situation, making dinner can seem like a Herculean task. And yet it can be hard for them to accept help, especially when it's a coordinated and "official" effort to deliver food on the regular. That's when a meal train, like the one Ramos participated in, can save the day. Use these tips and tricks to join or organize one this holiday season.

Get Off to a Good Start

Enough With the Lasagna, Already!

This article originally appeared in Parents Latina magazine's December/January 2022 issue as "Dish Out Some Amor." 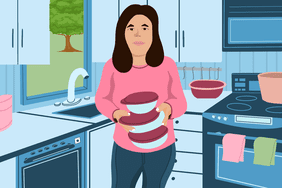 I'm a Mom and a Nutritionist: Here Are 6 Ways I Simplify Meals for My Family 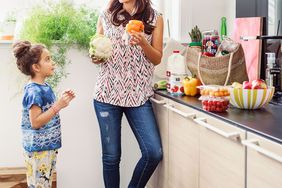 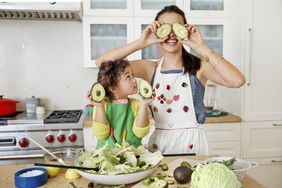