Is it gas? Is it a kick? We break down the different kicks you can expect, including when they start and when they might slow down.

Pregnancy is a whirlwind of changes for your body that don't always feel so great (think morning sickness or constipation). But don't worry, there are upsides! One sensation that is universally loved and often the cause of much excitement is that first kick. But after you feel the first flutter of movement, you may notice that your baby's kicks seem to roam and change. As your pregnancy progresses and your baby grows, you'll soon find a rhythm to those kicks and rolls.

So, what does normal baby movement during pregnancy feel like? Here are some common fetal movements you may experience, including what to expect and when to call a doctor.

Even though your growing fetus will begin moving by week 12, the first fetal movement parents detect is called "quickening" and is usually felt between 16 and 20 weeks of pregnancy. The uterus and the intestines, behind the uterus, don't have nerves that can sense all those baby kicks. That means that by the time you begin to feel movement in your womb, the baby is strong enough to push against the front of your belly, where your skin nerves can pick up the sensations.

Some reasons quickening is felt later than 20 weeks for some pregnant parents could be:

How people describe the feeling of "quickening" varies but is most often described as fluttering, bubbles, soft tumbling, or even a pulsing sensation. Because the movements can feel subtle, many first-time pregnant parents will dismiss the movement as gas or muscle spasms. But don't worry, those kicks will get stronger.

The general thought in science is that involuntary muscle spasms in the diaphragm cause hiccups. But why this mysterious reflex happens to begin with is still largely unknown. We do know that humans will experience hiccups as early as in the womb. In one study, researchers found that when a growing fetus hiccups, particularly during the last trimester, there is a significantly lowered risk of stillbirth. So, what do fetal hiccups feel like? If you notice a jerky sensation that seems to have some rhythm, your baby might have hiccups, but don't worry; those hiccups won't hurt your baby.

Fetal hiccups are a normal movement and typically nothing to worry about; however, if you notice that your baby is suddenly hiccuping more than usual or for extended periods (more than 15 minutes), call your doctor.

Movement and Kicking in the Pubic Area

You might expect those fetal kicks to happen against your growing belly throughout pregnancy, but that is not always the case. You may be surprised to find that you can feel your baby kicking your cervix and even your bowels. But don't worry, fetal movements in the pubic area are normal and very common, if not annoying.

Call your doctor if you feel any kicking in your vagina, as a vaginal kick could indicate a rare but serious complication called cervical insufficiency.

Cervical insufficiency happens when the cervix is too weak to support a growing uterus and will begin to dilate early with painless contractions. When this happens, doctors will perform a procedure called a cervical cerclage, which is when they sew the cervix closed and is typically done during the second trimester to prevent preterm labor.

Foot Pressing On Your Pregnant Belly

Sometime during your third trimester, you may notice that your once perfectly round pregnant belly occasionally has some lumps that look suspiciously like...a foot? That's because there is very little room left in your womb, and when your baby stretches and moves, you might be able to see an outline of their heel or elbow, bottom or knees protruding a little bit as they roll across your belly, not to mention, feel a pretty big kick. This is completely normal, painless, and can even make for some fun family videos.

The closer you get to labor, the less your baby will have space for acrobats, so enjoy them while you can.

Fetal Movements Are Slowing Down

By the time you reach the final weeks of pregnancy, you may be asked by your doctor to keep track of kick counts. Kick counts can help you identify any potential problems and may even help you identify movement patterns like when your growing baby takes naps. If you are tracking kick counts, make sure to choose a time of day when your baby is most active.

Here are a few common reasons why you are not feeling fetal movements:

Call your doctor if you think your baby isn't moving enough—or much less than usual—as that could be a sign of some of the following issues:

What To Do if Your Baby Stops Moving

Call your doctor if you notice fetal movements slow down significantly or if you have not felt any kicking by week 24. Although there may be a simple and even benign explanation for any halt in activity during any point of your pregnancy, always call your doctor immediately if you are concerned. 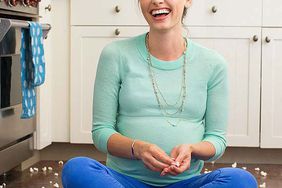