How to Relieve Heartburn During Pregnancy

Heartburn often appears during the second trimester, and it can get worse as your belly grows. Learn more about what causes heartburn during pregnancy, with expert tips for relieving the pain.

Like the name implies, heartburn is a burning sensation in your chest —but it has nothing to do with your heart. It happens when the lower esophageal sphincter (LES), a muscle responsible for keeping stomach contents in their place, begins to relax or leak. This allows stomach acids to flow upward into the esophagus, explains Suzanne Trupin, M.D., CEO of Women's Health Practice of Champaign, Ill.

Unfortunately, most pregnant people will experience some acid reflux (or heartburn), especially in the second half of their pregnancy, says Shari Brasner, M.D., assistant professor of obstetrics and gynecology at Mount Sinai School of Medicine, in New York City. The uncomfortable sensation tends to get worse as your baby grows.

Heartburn usually appears after meals or at bedtime, and it can range from uncomfortable to agonizing. Understanding the causes and prevention strategies can provide relief to expectant parents. Here's what you need to know about heartburn in pregnancy.

What Causes Heartburn During Pregnancy?

Pregnancy hormones are largely responsible for the heartburn that plagues many pregnant people. High levels of progesterone cause the muscle that sits between the esophagus and stomach to relax. "When this happens, acids from your stomach can move upward more easily," says Jill Maura Rabin, M.D., associate professor of clinical obstetrics and gynecology and women's health at the Albert Einstein College of Medicine, in New York City.

What's more, your growing baby exerts pressure on both the stomach and the LES, increasing the chance that acids will be pushed up into the esophagus. When the growing uterus presses up against the stomach, it has less room to do its job.

Heartburn is a common pregnancy complaint that is often worse at night and soon after eating. Follow these five tips to get relief from the pain of pregnancy heartburn:

Overeating exacerbates heartburn, says Rachel Brandeis, M.S., a registered dietitian in Atlanta who specializes in prenatal nutrition. "When you're pregnant, there's less room for your stomach to expand," she explains. Maintaining a sensible diet will not only stave off heartburn in the short term, but throughout your pregnancy as well.

Gaining more than the recommended weight puts more pressure on your abdomen, which can trigger the condition. Instead of three meals a day, aim for six mini-meals of no more than 1½ cups of food each, Brandeis recommends. Smaller meals are easier for your body to digest, helping to relieve the symptoms of heartburn during pregnancy.

Identify the foods that intensify your heartburn and banish them from your diet. While there are no universally "banned" foods, common heartburn triggers include acidic foods (such as citrus fruits and tomatoes), greasy or fried foods, spicy foods, chocolate, coffee and carbonated beverages, and alcohol (which, as you well know, you should eliminate anyway!).

"Liquid-y foods are less likely to cause problems than solids, since they move through the stomach more quickly," Brandeis says. Soups, smoothies, yogurt, milkshakes, protein shakes, and puddings are good choices. Look for liquids that offer plenty of protein, such as milk and drinkable yogurt, and aim to make solids a little less so: "chew solid foods slowly and extremely well, until they're almost liquefied," Brandeis adds. Keep in mind, however, that drinking large quantities of fluids with meals can aggravate heartburn, because drinking can cause you to swallow more air. If you feel thirsty during a meal, take small sips between bites of food.

To avoid nighttime heartburn during pregnancy, don't eat anything for at least three hours before bedtime. Laying in a horizontal position makes it easier for acids from your stomach to travel up to your esophagus. Elevate the head of your bed by placing books under the legs, and if you're not already sleeping on your left side, start now; stomach acids will have to travel uphill to reach the esophagus—no easy feat! Pregnant people also shouldn't lie down or bend over right after eating.

Antacids can help neutralize the acid in your stomach and bring relief to your heartburn fast. It's fine to find relief in a bottle of Tums or Rolaids or other calcium-containing antacids. However, "too much calcium can block iron absorption, so don't take Tums at the same time you take your prenatal vitamin," Brandeis advises. Also, avoid antacids that list aluminum (such as aluminum hydroxide or aluminum carbonate) as an ingredient; it can cause constipation and can even be toxic in large doses.

Remedies containing aspirin (such as Alka-Seltzer) should also be avoided during pregnancy; look for salicylate or acetylsalicylic acid in ingredients lists. You don't want an antacid containing sodium bicarbonate (baking soda) or sodium citrate, either. Both are high in sodium, which causes water retention.

Note: Before rushing out to the nearest pharmacy, first be sure to get your doctor's OK before taking antacids—or any other medications—during pregnancy.

Updated by Laura Riley, M.D.
Was this page helpful?
Thanks for your feedback!
Tell us why!
Related Articles 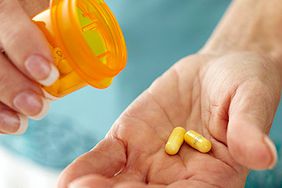 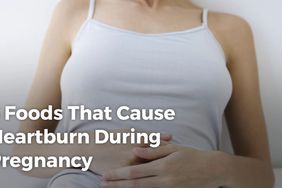 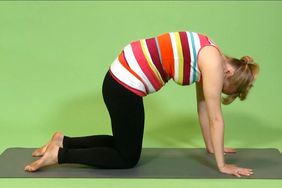 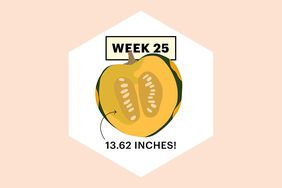