From nausea to cramps, doctors weigh in on the likelihood of certain early pregnancy symptoms before a missed period—and the breakdown may surprise you.

Could I be pregnant? It's a question Jane van Dis, M.D., OB-GYN and medical director at Maven Clinic, a women's and family health care company, hears regularly from patients. "There's a gray area after the implantation of a fertilized egg and before the body starts to alert the woman that she's pregnant," says Dr. van Dis.

Twenty-nine percent of women surveyed in an American Pregnancy Association poll said a missed period was their first pregnancy symptom.

"It's only when a fertilized egg attaches to the uterine wall that the body can even start to ramp up hormonal changes that preclude symptomatic changes," says Dr. van Dis. On average, a woman of childbearing age will ovulate between day 10 and day 14 of her cycle, and implantation into the uterine wall typically happens six to 12 days after conception. That means a woman who's recently conceived may not see the first sign of pregnancy until 26 days after her last period.

"Depending on the woman and the number of fetuses being carried, most pregnancy symptoms will present themselves within the first six weeks," says Kecia Gaither, M.D., MPH, FACOG, double board-certified in OB-GYN and director of perinatal services at NYC Health and Hospitals, Lincoln.

But what about the roughly 71 percent of women polled by the American Pregnancy Association who indicated early signs of pregnancy before a missed period? This might be due to the irregular nature of some women's menstrual cycles, explains Dr. van Dis. If a woman's cycle is off, she's less likely to notice a late period.

Here's the bottom line according to experts when it comes to which pregnancy symptoms could actually show up before your period, ranked by likelihood:

Nausea — 25 percent of women surveyed said nausea was their first indicator of pregnancy before a missed period.

Breast changes — 17 percent of women polled said they first noticed a change in their breasts. "Breast changes are generally one of the first signs of pregnancy," says Dr. Gaither. Your breasts may feel tender, or you may notice a difference in their size or nipple color.

Mood swings — Although Dr. Gaither notes mood swings as an early pregnancy symptom many women experience in the first six weeks, you're more likely to notice a missed period before this one.

Constipation/Bloating/Cramping — While high levels of progesterone released during pregnancy are often a culprit of these symptoms, experiencing them before a missed period is most likely due to unrelated gastrointestinal issues, says Dr. van Dis.

"For women who want to conceive, starting a pregnancy diary—tracking what their period has been like over the last 6 to 12 months, using it as a vital sign—can help them have an informed dialogue with their health care provider," says Dr. van Dis. Doing so can be a helpful source of information once you've started to notice early pregnancy symptoms and are wondering, "Could I be pregnant?" 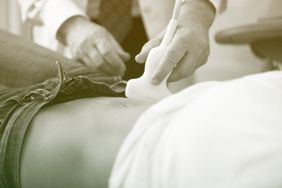 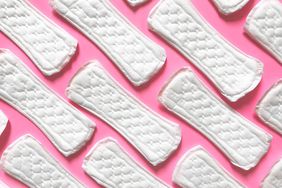