These outrageous, embarrassing, hilarious details about sex during pregnancy were reported by none other than the experts: you. Brace yourself for some serious pregnant sex confessions.

Get ready to blush—and nod and smile. Because no matter how racy, weird, or dull you think your sex life was during pregnancy, other women shared the same experiences—or topped them.

From wild fantasies to OMG orgasms: We asked and you answered, divulging all of the funny, funky things that went down between the sheets when you were expecting.

Read on to learn what pregnancy sex is really like.

"I wanted my husband morning, noon, and night."

Confession number one? Some 46 percent of you went libido loco during pregnancy.

"I wanted my husband morning, noon, and night," one respondent says. Another woman said, "My libido went way up in the second trimester."

That may be because of increased blood flow to the pelvic region, surging hormones, having more sensitive (and probably bigger!) breasts, and maybe even the freedom from birth control. "Some women are very sexual, highly orgasmic, and their sex is better than ever during pregnancy," says obstetrician Lauren F. Streicher, M.D., author of Love Sex Again.

But 54 percent of you were mostly not in the mood at all for sex. "Some just don't feel sexy, they may be uncomfortable... there's just no universal rule," Dr. Streicher says. Moving on.

We asked about the more offbeat places (or times) you did the deed—and 140 of you 'fessed up. Some of you stayed sexy at home—doing it in the shower, in the car, on the porch, on the kitchen counter, or, as one woman said, "mostly in every room in the house!"

Many—and we mean many—of you boldly took your lovemaking public: in a park, at a movie theater, in a Target fitting room, on a hotel balcony, on a ballpark bench, on railroad tracks, at an amphitheater, and on a four-wheeler in a field. One woman had sex in a doughnut delivery truck, between racks full of donuts. Another couple did it at their ob-gyn's office. Yet another couple pulled over for romps in their car a whopping five times in one day on a road trip from Washington State to Idaho. What a ride!

Cinemax has nothing on the daydreams of pregnant women!

For some of you, the fantasy was a different partner—your ex, your neighbor, Brad Pitt, David Beckham, even George Costanza (what?!). One woman imagined a doctor "getting fresh" during an exam. Many of you dreamed of getting it on with other women and having threesomes. (Some of you acted on it!)

Then there was role-play—naughty Santa elf at Christmas, prison guard and inmate, and a stripper who took it to the next level.

Some 11 percent of you followed in the footsteps of bold celebs like Demi Moore, Heidi Klum, Britney Spears, and Christina Aguilera by posing for a portrait in the buff—just you and your baby belly. More than 2 percent of you made a homemade sex tape (our advice: Label it something like "Dad's colonoscopy"), and nearly 7 percent of you both posed nude and made a hot sex vid. Way to feel great about your pregnancy body!

Never too late for one last romp.

Forty-two percent of you had sex near your due date to help kick-start labor. One woman did the deed right before delivery with triplets. Although it's still a mystery as to what exactly triggers labor, getting busy might help. As Dr. Streicher explains, "if you're having sex close to term and he's pushing up against the cervix and prostaglandins are released, it could potentially move things along."

"I had dreams all the time of being with other men."

Five percent of you craved variety. "I had dreams all the time of being with other men," one woman wrote. Another woman wrote, "I used to fantasize that I'd get stuck in an elevator with a handsome man and he'd be unable to resist my giant boobs!" At least one woman fulfilled this desire, doing a full couple swap. "Love it!" she wrote.

More than 95 percent of you kept your eyes on your partner though. As one respondent wrote, "I felt such a magical connection to my partner because I was carrying his child."

"My whole body was more sensitive."

Forty-seven percent of you said your orgasms were "off the charts" during pregnancy. And many of you found it easier to achieve the big O.

"My whole body was more sensitive," one woman wrote. Another woman said was able to orgasm multiple times from nipple stimulation alone.

"It was my first, so I was afraid to hurt the baby."

Some 23 percent didn't want it ever. "I didn't want my husband near me!" one woman wrote. For some women, pain was a factor. "I hated it. It hurt. A lot," one woman wrote. Other respondents just felt too uncomfortable to get their sexy on. And then there were women who wanted to be cautious: "It was my first, so I was afraid to hurt the baby," one woman wrote. "I felt like I was in a very fragile and kind of saintly state, so I couldn't even think dirty thoughts."

There was a lot of spooning, a lot of woman-on-top, and a lot of doggy style sex as bellies got bigger. "At the end, we had to do it bent over the sink," one woman wrote. These alternate positions had some perks: "I fell in love with doggy style because it not only took the pressure off my growing belly," one respondent wrote, "but it left his hands free to give me some much-needed other simulation."

"I would squirt when I had an orgasm."

"Several times my hubby would suck on my breasts and get colostrum," one woman wrote. "Once it shot the back of his throat so hard it made him choke!" For some of you, sex triggered contractions and false labor.

For still others, there was a little extra, um, lubrication. "I would squirt when I had an orgasm," one woman wrote. "Sometimes it was so bad that we would lay towels down first!" Wrote one woman: "I was 38 weeks' pregnant and we were trying hard to stimulate labor, so we had sex and then we used a toy. I came so hard that I completely lost control of my body...There was a huge gush and I went to the hospital because I thought my water broke. But I honestly peed myself and didn't know it. It was embarrassing but so funny!"

"Experimenting with getting others involved was hot."

Others had bigger revelations: "Experimenting with getting others involved was hot," one woman wrote. "We both realized that being a swinger is a great experience and made our marriage stronger and sex life hotter."

On the sweeter side, many of you forged a more solid bond with your partner. "I learned how much my husband cared about me," one woman wrote. Another summed up the potential for lovemaking during these nine months: "We both had so much fun during pregnancy—it was an amazing, intimate time and we always smile together when we talk about it!" 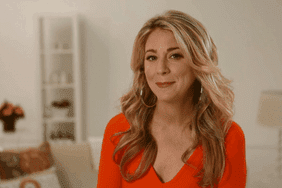