After hearing disparaging remarks by the former CEO of SoulCycle, Alexis Ohanian wrote a powerful piece on why it's about time we end the stigma on paternity leave.

If there’s one thing you should add to your reading list today, it’s Alexis Ohanian’s article bringing attention to the unnecessary stigmatization of paternity leave. The Reddit cofounder says he took four months of paternity leave when his daughter, Alexis Olympia, was born three years ago. It was the company’s policy, he points out, thanks to the VP of people and culture, Katelin Holloway.

“I told her I wanted to set an example for all of our hundreds of employees—not just the men, but especially them,” he writes in the Fast Company article.

His example is needed as the stigma on paternity leave is still very, very real. That’s something Parents also recently pointed out in an article for our spotlight Project Mental Unload where author Josh Levs discusses how men “have been fired, demoted, or lost job opportunities” for taking paternity leave.

Ohanian’s article comes as he says he was “disheartened” to hear comments from the former CEO of SoulCycle Melanie Whelan, who stepped down in November 2019. She’s accused of telling Gary Gaines, the company's senior vice president of global operations and studio experience, that paternity leave is for … well, an explicative that is too ridiculous to repeat. “While it was upsetting to see, especially from a company that touts community as a priority, it was not shocking. Those comments are symptomatic of a larger societal sentiment and evidence that there is still so much work to be done,” writes Ohanian.

And he’s right. The negativity toward fathers taking time off after welcoming a child has long been an issue in the United States, the only developed nation without mandated paid leave for new parents. But the repercussions of not giving dads paternity leave, or condemning them for using it, are finally getting the attention they deserve.

“The implication that paternity leave is unimportant sets a dangerous precedent, one that suggests fathers are not an integral part of the child care unit, and perpetuates the antiquated belief that mothers alone should be the primary caregivers,” writes Ohanian. (Cue to Project Mental Unload again.) “Showing up is exactly what fathers should be doing for their families. Now is the time to eliminate the stigma associated with paternity leave, once and for all,” adds Ohanian.

Statistics also prove that there are several positive outcomes when dads take paternity leave. It can “promote parent-child bonding, improve outcomes for children, and even increase gender equity at home and at the workplace,” as the United States Department of Labor points out.

And let’s not leave out cases where partners are needed on an even greater level following birth. “After multiple surgeries that my wife barely survived, what kind of man WOULDN'T absolutely want to take paternity leave (if he's lucky enough to have access) to be there for his fam?” Ohanian shared on Twitter, referring to his wife and tennis champion Serena Williams, who suffered frightening postpartum complications. Williams postpartum issues bring attention to the Black maternity mortality crisis in the country.

And, in his tweet, Ohanian concludes that paternity leave should be available “for EVERY American. Not just wealthy CEOs + founders like me.” 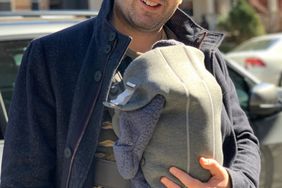 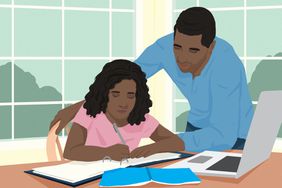 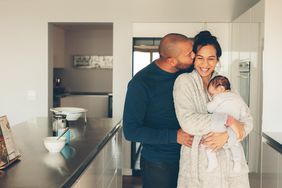 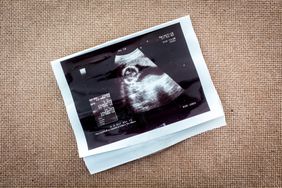