Can You Take Melatonin While Pregnant?

Many pregnant women have trouble sleeping, but some sleep aids do more harm than good. Find out if melatonin is safe while expecting.

During pregnancy, it's perfectly normal to toss and turn every night. For starters, your growing belly might make go-to sleeping positions uncomfortable. Pregnancy symptoms might also be less-than-soothing, and you may feel anxious about becoming a mother for the first (or second or third) time.

Some mothers-to-be may try to combat their insomnia with prescription or over-the-counter sleep aids—but are these safe? Also, can you take melatonin while pregnant? Here's everything you need to know.

According to Marra Francis, M.D., an Ob-Gyn in San Antonio, Texas, certain sleep aids are safe during pregnancy. For example, "Tylenol PM is simply acetaminophen mixed with Benadryl, and both drugs alone are generally fine," says Dr. Francis. Other sleep aids considered safe by the FDA include Unisom and Nytol.

Only use these over-the-counter medications short-term and sparingly while pregnant, and always consult your doctor beforehand. What's more, you should never take prescription sleep aids without talking to your OB, says Dr. Francis.

Can You Take Melatonin While Pregnant?

Melatonin is a natural supplement that helps people sleep better. But despite being natural, it's unclear whether melatonin is safe during pregnancy.

Your body produces melatonin in order to control your circadian rhythm, which functions as your internal clock. It's also produced by the ovaries and placenta during pregnancy—especially in the second and third trimesters—and it's present in the amniotic fluid. Given this information, it makes sense that extra melatonin taken as a supplement will affect the mother-to-be, her baby, and her pregnancy. Doctors just aren't sure to what extent.

Melatonin isn't monitored by the FDA, since it's a supplement instead of a drug or hormone. The dosage also isn't regulated. There have been a few studies conducted on melatonin during pregnancy—but most were done on animals, and the results are conflicted. For example, an October 2018 study found that melatonin has the potential to help pregnant women with severe preeclampsia. An April 2013 study, however, concluded that melatonin had negative effects on pregnant rats. Specifically, it contributed to less weight gain in pregnancy, smaller litters, and babies with lower birth weights and increased mortality rates.

Sleeping Positions in Pregnancy: Can I Sleep on My Back?

Keeping this in mind, many doctors say it's generally safe for pregnant women to take melatonin for the short-term (always talk to your OB first). But since there's no studies or research about the long-term effects, you should avoid taking melatonin for an extended period of time while pregnant. 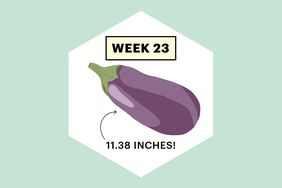 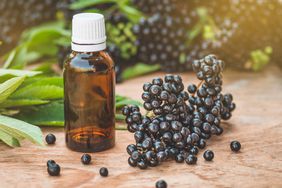