This Comic Nails What It's Like to Be Pregnant

An illustrator took to the page to depict pregnancy in all its glory. Forget clichés or horror stories—this is what really happens when you have a baby.

Before getting pregnant, we think we know what it's all about. Then when it happens, you wonder, "Why didn't anyone tell me about the leaky boobs/hip pain/crazy hormones?"

Although nothing can fully prepare you for the actual experience of pregnancy, one woman is looking to broaden our understanding of the awkward and amazing transformation our bodies go through to create a new life. With her "Mom Body" comic, illustrator/cartoonist Rebecca Roher reveals the good, the bad and the downright ugly of the process.

What inspired the story

When her close friend got pregnant, Roher says she was intrigued about what was really going on in her body, and started talking in depth with her about it.

"I asked her questions throughout about what her body was doing, what it felt like, what the books were telling her and how she related to their content," she told us. After the baby was born, "I was struck by the toll the birth took on her and how little I knew about what the body does after giving birth." She was inspired to create a comic about it, which was published in GUTS Canadian Feminist Magazine.

The comic depicts all aspects of pregnancy, from morning sickness and physical exhaustion to a difficult hospital birth and postpartum hormones. But far from being scary, the story has actually helped reaffirm pregnant women's experiences.

"I hoped the comic would be empowering and informative for moms-to-be, but I was afraid it would be upsetting," Roher says. "I've been surprised to hear from very pregnant women about how grounding it was." The horror stories every pregnant woman hears about giving birth, Roher says, are just frightening details taken out of context, whereas the narrative of her story helps readers understand it as a whole.

Roher says the comic has also spurred more discussion on improving the birth experience in hospitals. The comic's main character, who was hoping for a home birth but then went into labor early, was treated roughly both physically and emotionally by doctors at the hospital.

"The hospital environment tends to work against labor by inducing stress," Roher says. "I think these conversations are important as a way to advance birth practices in and out of the hospital by working with the body rather than against it." 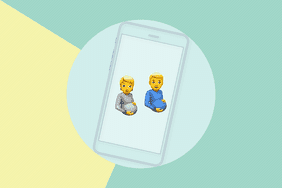 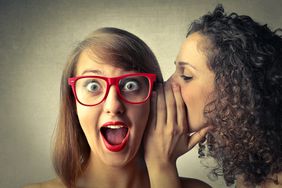 10 Tips to Ease Your Fear of Childbirth 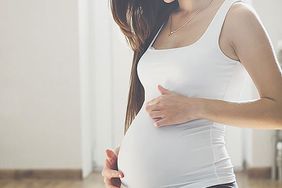