Your body is a wonderland! Real guys rhapsodize.

You have tons of stuff to think about right now: Will my baby be healthy? What sort of mom will I be? How long will it take my belly to go down after birth and will I fit into my skinny jeans again? Now, let's be clear: What does my partner think about my boobs? shouldn't top your list of concerns. We certainly don't expect to be your No. 1 priority at this point. But even as we busy ourselves fetching your late-night craving and assembling the crib, there are some things we're thinking (and maybe not telling you). I asked a bunch of fellow guys to open up about how they viewed their wives' and girlfriends' brand new curves. Read on to see what they spilled.

1. Your baby belly is beautiful ... but a little awkward.

He, like you, is awfully excited about what's inside the bump. "I loved the fact that she was carrying my child," says Dave T. "I think that made me even more attracted to her." Still, the visible evidence of your babymaking can get in the way during sex. That means some improvising in the bedroom, which isn't necessarily a bad thing. "Missionary—her preferred position—was out after just a few months," recalls Jim B., "so we had to get creative." Your best bet? Whatever feels good!

2. Your breasts simultaneously amaze and taunt us these days.

No shocker here—we really like it when boobs we already love get bigger. Men have been evolutionarily primed to see larger breasts as a turn-on, research shows. "Her boobs definitely upped in size—that was an impressive change. They were sexier, and actually so was everything about her," says Chris M. Adds Patrick Q., "Her new, bigger boobs definitely got more use than just waiting around to eventually feed our child!"

But of course, since your breasts are more sensitive now, there's a cruel irony. "They were too painful to touch," verifies Jim B., "yet they looked so touchable." As a substitute, steer his eager self toward some less-sensitive spots, like your neck.

You're in the midst of an amazing endeavor (i.e., growing another human being)—so your guy's often looking for something he can do to take a bit of the (metaphorical) weight off your body. "She was literally carrying my baby, so I wanted to help her and do absolutely anything that I could for her in return," explains Patrick Q. Chris M. had the same reaction: "I felt so protective of her and the growing baby, and I wanted to take care of both of them." Hear that? Feel free to make all kinds of demands of your guy—foot rubs, baths, you name it.

4. Sex (when it happens!) feels even better.

You may not be jumping into bed more often, but regardless of the frequency, intercourse can be next-level good. "The sex was better—and more often. There was certainly much more of it than we've had after the baby!" admits Jim B. Adds Chris M.: "For us, sex improved because of her hormones—suddenly, she wanted it more than usual." Another pleasant side effect of those hormonal changes? Many women experience increased lubrication and vaginal blood flow (and satisfaction) during their second trimesters. Your renewed enthusiasm— along with the miraculous fact that the two of you have created a baby together—can make you feel closer than ever. Also, now that you're not laser-focused on conceiving (mission accomplished), you can loosen up. "We had as much sex as before, if not more," attests Jimmy C.

On the flip side, even if you want to hit the sheets more often, certain guys admit that they were more hesitant. Cory H. reports, "I've been less likely to initiate sex because I don't want her to feel pressured if it's uncomfortable for her." So don't mistake him not initiating for disinterest (and if you want it, make your move, Mama).

Pregnancy Sex Is Even Better than Regular Sex

5. For nine months, you're basically a total goddess.

Ultimately, though you may not feel uber-sexy all the time, odds are that your partner would probably beg to differ. Joel K. found his wife's selflessness admirable—and arousing. "To see what she was giving up for our baby, like comfort, sleep, and caffeine, remains one of the biggest turn-ons I have ever experienced," he says. While you may feel that your burgeoning bump has just been getting in your way lately, it can actually be a pleasant prompt for plenty of prenatal romance (and lots of time spent lingering in the bedroom while you still can!). "For me, it was all about the glow," affirms Craig R. "It was a true aphrodisiac of the highest order—like someone flipped on a sexy switch." 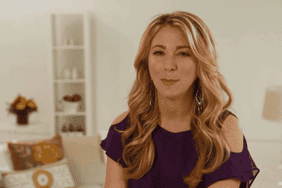 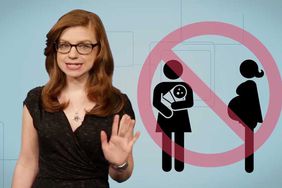 25 Things to Do Before You Deliver