What It Means to Have Protein in Your Urine During Pregnancy

Some people experience high levels of protein in their urine during pregnancy. When it's accompanied by high blood pressure, it's likely a sign of preeclampsia. Here's what expectant parents need to know.

Medically reviewed by Kiarra King, M.D., FACOG
Kiarra King, M.D., is a Chicago-based physician who is board-certified in obstetrics and gynecology. She believes that education is empowerment and actively works to ensure her patients and community are informed.
learn more

When you're pregnant, you get used to constantly seeing your prenatal care provider, who monitors your health and ensures that everything is going smoothly. Routine prenatal care in the U.S. also includes a lot of tests that you may not have encountered before, and in some cases, additional tests like one that checks the amount of protein in your urine are warranted.

Why Am I Getting This Test?

Your health care provider may have your urine tested for protein if they observe symptoms that point toward a dangerous condition called preeclampsia. Preeclampsia is concerning during pregnancy because it can cause placental abruption, premature birth, fetal growth restrictions, organ damage, and other severe complications.

It's something that providers suspect if you suddenly develop high blood pressure after your 20th week of pregnancy—and high protein levels in your urine (a sign of kidney issues) can confirm it. Other symptoms may include intense headaches, vision changes, rapid weight gain, abdominal pain, and sudden significant swelling in the hands, feet, ankles, or face.

Everyone has some amount of protein in their urine. It's also normal for protein levels to be higher during pregnancy than at other times, rangingfrom 150 to 300 milligrams per day. Screenings for high protein levels are not automatically recommended when you're expecting unless you are at risk for certain disorders like high blood pressure or diabetes, says Alice Abernathy, M.D., an OB-GYNand National Clinician Scholar at the University of Pennsylvania. However, many practices still screen for protein because it's quick and painless, and the urine dip can be used to screen for glucose in the urine as well as UTIs. If the results are abnormal, additional confirmatory tests can be done. If your provider feels the test is warranted and detects levels beyond 300 milligrams, they will perform additional tests and explain your options.

Pregnant people who are in a higher-risk group may have their protein levels tested from the start of the pregnancy to establish a baseline; their provider will then watch those levels to make sure they aren't increasing. In some cases, a pregnant person can also have a high, but stable, amount of protein in their urine. If their blood pressure is relatively normal, preeclampsia may not be the issue. In fact, says Dr. Abernathy, it may just be a previously undiagnosed problem—something to monitor but not worry over. Having higher protein levels in your urine before 20 weeks may also not be a concern.

How Does the Test Work?

In the past, checking protein levels in urine was done with an in-office dipstick test. But that test wasn't sensitive enough, as it couldn't tell you exactly how much protein was there, just a range from low to high. It was also vulnerable to the daily fluctuations in your protein levels.

Today, Dr. Abernathy says that when she has concerns about a patient's blood pressure, she prefers to test the ratio of protein-to-creatinine in their urine, and also conduct blood tests to check their liver function. If the protein-to-creatinine ratio comes back high, then she turns to the gold standard: a 24-hour urine collection test. (Yes, it's exactly what it sounds like. You hoard your pee for a day, then drop it off at the lab.)

Should I Be Worried?

If you have high blood pressure but your protein levels are fine, you may be experiencing gestational hypertension. When high blood pressure is accompanied by high protein levels, preeclampsia is likely the diagnosis. Although, in some people, preeclampsia can be diagnosed in the absence of proteinuria. Preeclampsia can be dangerous for you and your baby if it's not treated properly. More serious complications include HELLP syndrome, which can cause you to bleed heavily, develop blood clots and fluid in your lungs, and suffer from liver or kidney failure. Ultimately, any sign of increased blood pressure warrants immediate attention from your provider.

If you are diagnosed with preeclampsia, you'll probably have a conversation with your OB-GYN about delivering your baby at 37 weeks, says Dr. Abernathy. That's the point (technically called "early full term") at which there tend to be fewer complications for the baby despite being born early.

If you're diagnosed early on, you may go on medications and could need to be hospitalized as you await delivery; a later diagnosis naturally means decisions need to be made more urgently. Either way, it is generally thought that it's better to deliver a few weeks early than to risk your health and that of your child by continuing to wait.

Preeclampsia has historically been a driver of bad maternal health outcomes, but providers now are "very vigilant about it," says Dr. Abernathy. 'We try to diagnose it early."

Can I Lower My Protein Levels?

There's no real way to reduce levels of protein in urine while pregnant, says Dr. Abernathy, and the protein itself is an issue in and of itself—it's a symptom of potential problems. That is to say that it is not something that is treated directly. Your health care provider is more likely to keep an eye on your levels and consider delivering the baby earlier if preeclampsia occurs. If your provider suspects that your protein increase is not pregnancy related, they may monitor you after delivery.

It's important to remember that preeclampsia is a fairly random occurrence. There's not much a pregnant person can really do to prevent the condition itself. "So many people who have preeclampsia are just prone to developing hypertension, and they're going to have high blood pressure issues when they're older," admits Dr. Abernathy.

If you have a history of high blood pressure, your provider might recommend taking a baby aspirin, which has been shown to be beneficial for people at risk for developing preeclampsia. Otherwise, they will routinely screen for it throughout your pregnancy. 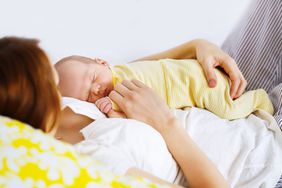 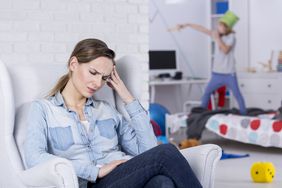