As quickly as your hormones changed after that positive pregnancy test, they begin to change again as soon as your baby's born. From a few hours postpartum to a few months, here's what happens to your hormones after giving birth.

Almost as soon as those two pink lines pop up on a pregnancy test, your hormones get the message that something's different at mission control. Progesterone and human chorionic gonadotropin (hCG) begin pumping to signal your body to halt production on your next menstrual period, and begin forming that cluster of cells into a mini-you instead. As you probably already know, as these hormones get to work, you'll experience an onslaught of early pregnancy symptoms like nausea, fatigue, and breast tenderness.

As pregnancy progresses, our bodies produce extraordinary amounts of estrogen and progesterone, says Aumatma Shah, fertility specialist and naturopathic doctor at the Bay Area's Holistic Fertility Center. "These two steroidal hormones are key to creating dopamine and serotonin, two neurotransmitters in the brain that are important in feeling calm and happy. This is why a lot of women feel amazing when pregnant: Pregnancy offers a surge of hormones and neurotransmitters that help us feel great."

But what happens to those feel-good pregnancy hormones once your baby is born? "Unfortunately, immediately postpartum and the week following delivery, estrogen and progesterone will both plummet. Simultaneously, there will be a surge in prolactin and oxytocin," says Shah.

These wildly swinging hormones are to blame for those crazy emotions you'll experience after giving birth. Here's a closer look at what happens to your hormones postpartum and when so you know what to expect—and so you know the loony emotions you're feeling are all completely normal.

What Happens to Hormones Immediately After Giving Birth?

The birth of your sweet bundle of joy is undoubtedly one of the most exciting moments of your life. No matter how long you labor or what time you give birth—yes, even if it's at 3 a.m.—you'll likely feel an amazing, indescribable high when you meet your baby for the first time, or shortly thereafter. But those surging hormones will plummet over the next few days. Here's what's going on:

Postpartum Hormones at 3 to 6 Weeks

After those first few weeks pass, you may start to feel those rollercoaster-like emotions start to regulate a bit as you begin to get into the groove of caring for baby and get used to the lack of sleep. Ashley Margeson, a naturopathic doctor says, "the first three months are a bit of a whirlwind of sleep loss and emotions as your system runs mostly on adrenaline to move you through the day."

Around the six-week mark, she says, symptoms of postpartum depression may begin to show as those positive post-birth hormones continue to fade. "The changes you should look for closely are not wanting to shower or focus on hygiene, being afraid of leaving your baby with someone else, not being able to sleep fully due to continually checking on baby, and lack of desire for common tasks like eating, drinking, being around people, and leaving the house."

By three months after birth, you've probably got a routine established for baby. But your hormones three months postpartum are still working hard to get back to normal after birth. Shah says, "Around two to three months postpartum, your hormones begin to reset to pre-pregnancy levels. However, oftentimes cortisol is increased due to the many new stressors of having a young baby. And the lack of sleep contributes to decreased levels of melatonin (and, as a result, serotonin). These postpartum hormone changes can sometimes have a negative impact on mood."

The biggest change that occurs to your hormones after six months postpartum is the decrease of the hormone prolactin, which is the milk-making hormone. This hormone stays high while you're breastfeeding, but as you introduce your baby to solids and begin weaning, it will come down. Even if you continue to breastfeed past the six-month mark, your baby's demand for milk will still most likely be pretty regulated by this point which means there's no excess demand for milk production like there was during all those early growth spurts.

How Long Should You Breastfeed? As Long As You Can

When Do Postpartum Hormones Go Back to Normal?

Six months postpartum is a good estimate for when your hormones will go back to normal. This is also around the time many women have their first postpartum period, and that's no accident, says Shah. "By six months, postpartum hormonal changes in estrogen and progesterone should be reset to pre-pregnancy levels. Your hormones may also have started cycling, which will onset menses again."

What Are the Signs of a Hormonal Imbalance?

Sometimes, pregnancy and childbirth can cause our hormones to become a bit out of whack. In these cases, we might need some help getting back on track. According to Dr. Loeb-Zeitlin, below are some symptoms you might experience if you're dealing with a postpartum hormone imbalance:

One of the more common postpartum hormonal imbalances occurs in your thyroid. "Thyroid problems can occur postpartum in up to 10 percent of women," says Dr. Loeb-Zeitlin. Often, these issues will resolve themselves with time, but in some cases, your doctor may decide to put you on medication to help regulate your hormones.

And if you've suffered from a hormone imbalance prior to pregnancy, there's a good chance it'll come back once your pregnancy hormones have worn off. In those cases, says Dr. Loeb-Zeitlin, "if a woman has a history of a hormonal imbalance, such as polycystic ovary syndrome, that may return after delivery and should be treated the way it was before she was pregnant."

The Deal with Postpartum Night Sweats

7 Reasons for a Missed Period After Stopping Birth Control 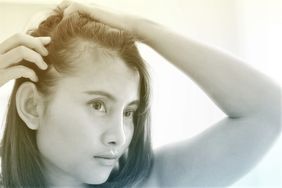 Postpartum Hair Loss: Your Guide to Shedding After Pregnancy
Postpartum Period: When Will Your Menstrual Cycle Return After Birth? 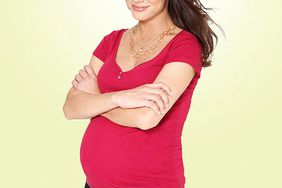 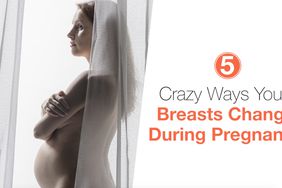 Pregnancy Boobs: All About Breast Changes During Pregnancy