Moms who have diastasis recti are often desperate—and hopeful—for a quick fix. Does it exist?

Ever since my twin pregnancy, I've lived with diastasis recti—a separation of the abdominal muscles. Many people refer to it as a "pooch," "flab," or "mummy tummy," because it's not commonly understood, is rarely discussed in any useful way in the media, and I've found that even professionals in related fields like fitness and obstetrics/gynecology often don't quite get it.

So when a story on diastasis recti hit the Internet last week, it went viral—likely because of its optimistic premise: An NPR reporter tried one exercise that required just 10 minutes a day to flatten her postpartum stomach.

The modest investment in effort and time toward an exercise program known as the Dia Method offers the promise of "full resolution" to "100 percent of women," according to founder Leah Keller, who worked with Weill Cornell Medical Center-New York Presbyterian Hospital on a study that produced those epic results.

Specifically, the study found that the average length of time it took women to achieve full resolution of diastisis recti was less than 12 weeks.

Is It Too Good to Be True?

As moms circulated the story on my social media, I registered the wide-eyed hope in their comments. But I've been working on my diastasis recti for three years—and I was dubious, to say the least. I've tried the U.K.-based Mutu System exercises, physical therapy, and had multiple surgical consultations. From everything I've learned, closing the gap requires surgery. Think of a rubber band that's been overstretched and eventually breaks. That's it. Done.

Surgeons are likely to agree. "In cases that don't improve after a year or two, I don't believe any exercise will help," New York City-based surgeon Thomas Sterry told me over email. "That's because there is no muscle that spans the midline, no muscle to exercise that will change this—and it's a matter of fact, not opinion."

Dr. Sterry feels that reports to the contrary can actually do psychological damage to women whose body image may already be crushed thanks to postpartum body changes: "I believe strongly that it's wrong for us to deny this is a surgical problem, because to say otherwise blames the poor women who are stuck with true muscle separation. It only serves to make them feel guilty for not recovering."

NYC-based Dr. Stephen Greenberg agreed: "Although exercising and/or physical therapy is always encouraged, and may in fact help to improve the appearance of the post-baby tummy, these activities alone cannot correct abdominal separation."

In all, three surgeons that I reached out to for comment agreed: Closing the gap requires surgery.

Of course, when you're a surgeon, every problem may seem like it requires surgery. So I asked Wendy Powell, developer of the popular MuTu System (which I've used off and on since my kids were born) to weigh in.

Even as a fitness professional with a sucessful brand built around similar claims, Powell was dubious. "To suggest that one exercise, done in 10 minutes a day is going to be any kind of fix for a whole-body issue such as diastasis recti, is misleading and inaccurate," she told me over email. "Diastasis is a pressure-related issue exacerbated by alignment, breathing, and everyday movement patterns and habits. It is absolutely not something that can be cured with an isolated, repeated exercise."

A Skeptic Has Second Thoughts

So I called the star of the NPR story, the Dia Method's Keller, and disclosed my skepticism.

Keller said she understood my feelings, but made a compelling case. "I have been inundated with questions, and the No. 1 question I get is, 'Is it too late for me? I'm 57.' 'Is it too late for me? My kids are teenagers.'" she said. "There's no critical window—it's literally never too late." (It's also not too early to try after delivery, following your doctor's go-ahead.)

"Almost everyone who comes to me thinks her case is unresolvable, and 99 percent of those cases are resolvable through exercise alone," she told me.

How would Keller respond to the surgeons who weighed in to the contrary? "[I say] send me your three toughest clients and let me work with them for 12 weeks—and then you tell me if it can resolve."

She also noted the peer-reviewed research demonstrating her program works. However, tristate area-based surgeon Dr. John Paul Tutela took issue with the study methodology, noting, "There's no control group. Did these women lose or gain weight? Weight loss alone from diet and exercise will shrink your abdominal circumference, too. With less weight and fatty tissue inside your abdomen, there will be less pressure pushing on your diastasis, and make it seem to be improved."

Keller acknowledged the study did indeed lacked a control group, but remains heartened that more research is coming. Just before our call, Keller said, Harvard called her to express interest in a controlled follow-up study.

I, for one, am looking forward to it. Because while I've been a long-time skeptic of any notions suggesting I might still repair my abs without surgery, coverage of the method by reputable NPR coupled with my persuasive follow-up chat with Keller have me willing to give it another go. I'll report back! 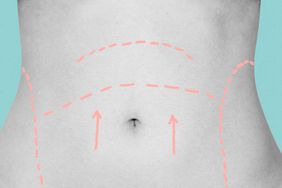 A Mom's Guide to Plastic Surgery

9 Things No One Tells You About Your Postpartum Body 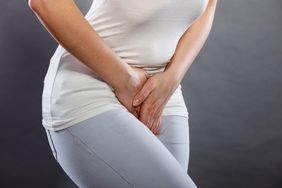