Is Tuna Safe During Pregnancy?

Too much tuna and other fish may harm your nervous system. Find out how much fish is safe for you and baby.

Tuna is the most popular fish in the U.S., but pregnant tuna lovers have been in limbo about whether or not it's okay to indulge their craving. All fish contain traces of the toxin methyl mercury – some more than others. And high levels of mercury in the bloodstream of fetuses and young children can harm their nervous system.

The FDA had released prior guidelines about safe fish intake, but the latest recommendations finally address tuna. Women of childbearing age, pregnant and nursing women, and children may:

"Canned tuna is a higher-risk fish, but it's safe to eat as long as it is not your main source of food and is consumed in limited quantities," says Karen Filkins, M.D., a fellow of the American College of Medical Geneticists and member of the Teratology Society. "The risk of mercury is cumulative, so an occasional serving of tuna is not going to harm your baby." Jean Halloran, director of food policy initiatives at Consumers Union in Yonkers, N.Y, confirms that, on average, chunk-light tuna has one-third as much mercury (0.12 parts per million) as solid-white albacore (0.35 parts per million), so it is typically considered safer.

A Food Guide for Pregnant Women

In addition to following the FDA guidelines outlined above, Filkins says pregnant women should make sure their fish come from safe waters. "The government regulates the commercial fishing industry, so fish sold through supermarkets and restaurants is usually safe. If you want to eat fish that was not caught commercially, check with your local branch of the Environmental Protection Agency or Health Department to be sure the water it was taken from is safe," she says.

It might also be smart to vary your intake of fish. According to Filkins, low-mercury fish is a very important part of a pregnant woman's diet. That's because it's full of protein, omega-3 fatty acids, and other nutrients that have a protective value for the fetus and may actually counterbalance the effects of mercury and other contaminants in the environment. 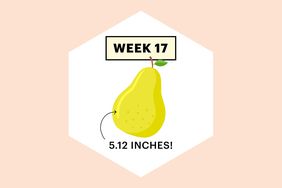 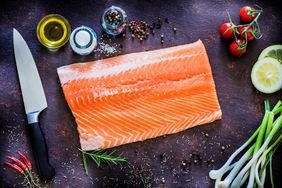