Advances in prenatal testing mean that parents-to-be can find out their baby's sex earlier in pregnancy, though some still choose to be surprised after delivery.

For some parents, finding out their baby's sex during pregnancy is an exciting milestone. And thanks to advances in technology, you can learn your baby's sex at several stages throughout the pregnancy, ranging from as early as 10 weeks in the the first trimester to delivery day. Here's what expectant parents need to know about how early they can find out their baby's sex (if they choose).

Finding Out the Baby's Sex at Birth

This might be the oldest of old-school methods: If you wait long enough, you'll discover the sex of your baby at birth. If you prefer to be surprised at birth, just be sure to let your medical team know ahead of time, especially if you will have a lot of monitoring done during your pregnancy. (And they may need the occasional reminder, so don't be afraid to speak up!)

While some parents-to-be prefer the surprise of waiting until delivery, many others would like to know their baby's sex earlier. They have several different options, outlined below.

What Happens When You Choose "Gender Neutral" On Your Child's Birth Certificate?

Non-invasive prenatal testing (NIPT) screens for genetic or chromosomal abnormalities in the fetus, such as Down syndrome. It usually happens after 10 weeks of pregnancy. The American College of Obstetrics and Gynecology (ACOG) now recommends NIPT for all pregnancies, regardless of risk or age.

NIPT analyzes blood drawn from the pregnant person, and it doesn't pose any risk to the fetus. The blood sample is analyzed for fragments of fetal DNA, called cell-free DNA (cfDNA) since it's outside of fetal cells. By analyzing the cfDNA, the NIPT screens for some chromosomal disorders, and it can see how many copies of the X and Y chromosome the fetus has, thus establishing the biological sex of the baby.

Recommended in rare cases for some pregnant people, amniocentesis and chorionic villus sampling (CVS) screen for genetic abnormalities in a pregnancy, according to the Centers for Disease Control and Prevention (CDC). As a byproduct of performing the tests, parents-to-be can learn the sex of their baby in a more reliable way.

With amniocentesis, a needle is inserted through the abdomen into the uterus to sample amniotic fluid. It carries a small risk of miscarriage, but it's generally very safe. The procedure is usually done between 15 and 20 weeks' gestation.

On the other hand, CVS involves taking a sample of tissue from the placenta for screening, and it also looks at fetal chromosomes. CVS is usually done between 10 and 12 weeks of pregnancy, the CDC says.

Parents-to-be can also learn their baby's sex during routine ultrasounds—but keep in mind that it's not the primary goal of an ultrasound. Ultrasounds from your doctor are ordered for medical reasons and finding out the sex is usually a "bonus." For example, the anatomy scan, which usually takes place between 18 and 22 weeks, confirms the proper growth of the fetus. The technician takes a variety of measurements (including crown-to-rump length), estimates fetal weight, examines the placenta, and checks internal organs and sex organs, according to Johns Hopkins Medicine.

Note that it might be hard to determine your baby's sex during their anatomy scan, particularly if they're in a position that hides their genitalia. In this case, a second ultrasound might be scheduled for the sex reveal.

Finding Out the Baby's Sex With IVF

If a couple conceives with in vitro fertilization (IVF)—a fertility treatment that involves combining the egg and sperm in a petri dish, then inserting the resulting embryo directly into the uterus—the baby's sex might be known from the outset.

You can thank preimplantation genetic diagnosis, in which the full chromosomes of an embryo are evaluated, usually to choose the healthiest embryo for the IVF procedure. At that point, prospective parents can sometimes choose the sex of the embryo they want to implant. This is called "gender selection," and not every clinic will offer it. Also keep in mind that there won't always be viable embryos of both sexes to choose from.

Gender Selection and IVF: What You Need to Know

While parents-to-be have several opportunities to learn their baby's sex, it's worth remembering the limits of this information. Babies grow up to be kids who can tell their parents about themselves, and the label they're assigned at birth isn't always correct.

Gender identity, according to the Human Rights Campaign, refers to a person's internal sense of identity, which is distinct from anatomy. Some kids are non-binary and others are transgender, meaning their gender identity doesn't match the sex they were assigned at birth. Some states and locations now allow parents to change the gender on their child's birth certificate to "X," which allows the kid to claim a gender identity when they're ready.

And even if the baby is cis-gender (meaning their assigned sex and gender identity are the same), this can't tell you anything about their personality, hopes, or talents. Heck, it can't even tell you if your child will prefer the color blue or pink. Like all things with our children, their own individuals characteristics will reveal themselves over time, with love and care from you. 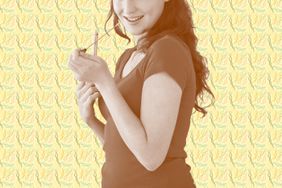 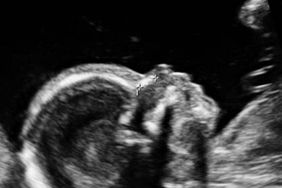