What does it mean for your cervix to dilate and efface, and can you tell it's happening? We broke down everything you need to know about this important stage of labor.

A woman's cervix is a vital part of pregnancy. The cylinder-shaped tissue acts like a door to the uterus, and it's covered by a plug of mucus to protect the baby from contamination. In preparation for delivery, the cervix thins out (effacement) and opens up (dilation) to allow the baby to pass through the birth canal. Keep reading to learn more about cervix dilation and effacement, and how to check whether it's happening to you.

What is Cervical Effacement?

Cervical effacement happens when your cervix thins and stretches to prepare for vaginal delivery. It's caused by the baby's head dropping into the pelvis and pressing against the tissue. Doctors track cervical effacement through percentages: A cervix that is 100 percent effaced has gone from the shape of a thick-walled cone to that of a flat, thin cup beneath the baby's head. If you're 50 percent effaced, that means you're halfway there, says Laura Riley, M.D., medical director of labor and delivery at Massachusetts General Hospital, in Boston. Thanks to Braxton Hicks contractions, by the final weeks of pregnancy, your practitioner may pronounce you to be 50 percent effaced or more.

What is Cervical Dilation?

Dilation is characterized by an opening of the cervix, which helps the baby pass through the birth canal. There's no set time frame for dilation; it can start weeks, days, or hours before labor. Your contractions will gradually open your cervix to that magical dilation measurement of 10 centimeters. When your cervix has dilated to that point (about the width of your hand), your midwife or obstetrician will tell you that it's time to push and deliver your baby.

This Cervix Dilation Chart is Made of Easter Eggs, and It's as Delicious as It is Useful

Can you feel your cervix dilating? Usually not, says Ashley Brichter, founder and CEO of Birth Smarter, which offers in-person and virtual childbirth classes for expectant parents. However, you might notice the following cervical dilation symptoms.

Losing the Mucus Plug: During pregnancy, a glob of mucus seals the cervical opening shut, and it protects your baby from outside germs and bacteria. As effacement and dilation progress, you may notice your mucus plug pass through the vagina. The mucus plug usually looks like a thick, gelatinous, yellowish-white substance, and it can also be tinged with blood.

What Happens When You Lose Your Mucus Plug?

Bloody Show: As delivery nears, the blood vessels in the cervix capillaries will rupture, tinting your vaginal mucus with blood. This means labor will start sooner rather than later!

How to Check Cervix Dilation

Your practitioner will measure cervix dilation and effacement during your prenatal appointments, usually with gloved fingers. But even if your cervix has started to thin and open, when you'll actually go into the active labor phase is still a mystery. In general, though, once active labor begins, the average progress is about 1 centimeter dilation per hour for your first baby and 1 1/2 centimeters per hour for a second baby, according to Dr. Riley.

What Does Labor Feel Like?
Was this page helpful?
Thanks for your feedback!
Tell us why!
Related Articles 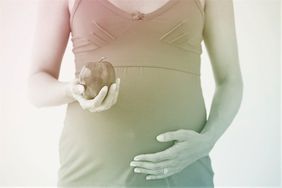 Cervical Dilation Chart: The Stages of Labor Explained in Pictures 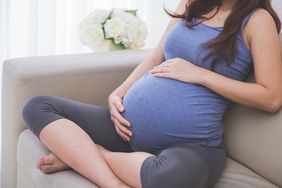 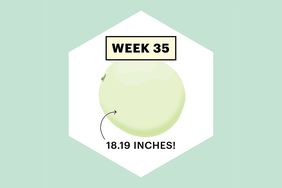 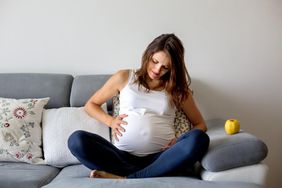