Do I Need to Have Vaginal Exams in Late Pregnancy?

Get the scoop on whether this common exam is necessary.

So you really hate the vaginal exams. What happens if you just say, “no?”

The short answer – “nothing.” As long as you’re not having complications that suggest premature delivery, infection, premature rupture of membranes, heavy bleeding or some other big problem, you can tell your doctor, nurses and/or midwife to keep their fingers outta there. Vaginal exams aren’t absolutely necessary. In fact, they don’t usually tell us all that much—and they don't indicate when labor is going to start. They’re just a progress report of what the cervix has done so far.

My doctors started checking my cervix at 38 weeks, announced it could “go any day now,” and then I waited on pins and needles, expecting the other shoe to drop. I hung out for weeks at three-to-four centimeters dilated and still went overdue with a couple of my babies.

I spoke with Catherine Harth, MD, OB-GYN and associate professor of Obstetrics and Gynecology at the University of Chicago about the necessity of vaginal exams. Harth said, “There are some situations where it’s useful to know if a patient’s cervix is favorable [getting ready to labor]. For example, if her water breaks, but she’s not contracting and her group B strep test was positive. We want to know what her cervix was like at her last doctor’s visit. If her cervix was already dilating, we might want her to come into the hospital for antibiotics sooner than later. If it was still closed, we might not need to rush.”

Harth continued, “There’s been some debate in the medical literature though about the utility of doing cervical checks in the last weeks of pregnancy. If the patient is healthy, we know the baby’s head is cephalic [presenting head first in the birth canal] and it’s not going to change how we manage her care, it’s not absolutely necessary.”

Some women don’t mind the exam at all and they like the update. Women might hear their cervix is softening and dilating and they feel hopeful that the end is in sight. They feel like their body is doing what it’s supposed to.

Unfortunately, the news isn’t always encouraging. You might feel discouraged and anxious If you’re a week overdue, your cervix is tightly closed and showing no signs of opening soon. That’s what convinced me I was going to be pregnant forever. I went a little nuts over this news.

If you're not a fan, tell your doctor. Chances are good she’ll say, “Oh, OK, well, ummm, no problem. Let’s not do it.” If she insists, ask why she wants the information and how it might (or might not) change your care.

Then, make your own decision about it. It’s just like your Mama told you: No one has the right to touch your vagina without your permission. Does your no-exam policy make your healthcare provider’s job more challenging? Maybe. Maybe not. Health care is not a cookie-cutter operation. We customize care to the individual and if my patient tells me to keep my hands to myself, that’s what I’ll do. I won’t mind one bit either because I respect a woman who takes charge of her own business.

40 Weeks Pregnant and Beyond: What to Do When You're Overdue
Was this page helpful?
Thanks for your feedback!
Tell us why!
Related Articles 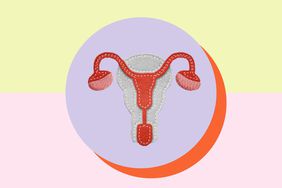 How to Check If Your Cervix Is Dilated—Without an Exam