The conversation around health care in the U.S. can be tense, complicated, and frustrating all at once. But there's nothing like seeing an itemized hospital bill to put the situation, as it affects so many American families, in perspective. One husband, Redditor TheOnlyToast posted a graphic entitled, "The Cost of Our Baby’s Birth (C-Section) in the U.S.," and it's going viral, racking up nearly 6,000 comments. The bill's grand total is $41,158.50, and a completely itemized list shows that medications cost more than $12,000, drugs cost $9,000, and the labor room $6,000.

It's pretty safe to assume that even after insurance pays their share, these new parents will still incur a gasp-worthy fee for the birth of their child. TheOnlyToast said he estimates the final number will be between $3,000 to $5,000.

If those numbers sound outrageous, unreasonable, and, well, just mind-blowing to you, you're not alone. Plenty of commenters shared that they had also encountered similarly staggering costs associated with giving birth in the U.S. and are understandably aggravated.

“Yeah I live in northeast Texas and when my wife and I had our daughter in September of 2014 she had to have a C section as well, after a whole day and night of pushing," one wrote. "I remember seeing the breakdown of the bills when I got it from the Hospital and Insurance. We don’t live in a big city so our bill was a touch over $20,000, ultimately we ended up paying about $3,000 after meeting our nearly $8,000 deductible, so I guess it was more than $20K prior to all that. It took time and payments and in about September of last year I paid her off. We now own our daughter out right.”

Another from overseas wrote to under that Redditor's remark, “Wow, $3,000 is a big amount of money, just because you decided to have a child! I cannot believe that this happens in a ‘developed’ country; as an European citizen, I cannot understand it… You must fight to get a good health system, it’s the pillar of a decent country.”

According to recent data from the International Federation of Health Plans, the average out of pocket cost for a vaginal birth or a C-section in the U.S. is 40 percent and 60 percent higher, respectively, than Switzerland.

The solution to this massive issue is exasperatingly out of reach, and it seems as though we're going to get absolutely nothing done while it continues to be so politicized. Nonetheless, transparent conversations like these will hopefully continue to drive regular Americans to push for change. Have to fork over thousands to welcome your little one into the world is nothing short of inhumane. 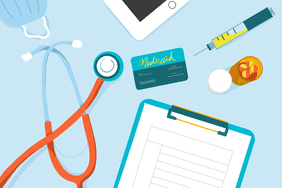