You Won't Believe These Incredible MRI Images of a Developing Baby

This incredibly clear video of a 20-week-old unborn baby is the result of new MRI-enabled images.

I remember looking at an early scan of my baby and wanting, really wanting to understand what in the heck I was actually seeing. Was that a leg? An arm? Sigh.

But now new technology is in the works to allow pregnant women to see their babies much more clearly. And it's brought to us by the "magic" of MRI imaging, instead of ultrasound. A London-based group called the iFIND project has produced the first MRI-enabled images using an anonymous mom, and the results are pretty darn cool!

As The Mirror reports, the technology uses algorithms, magnetic fields, and radio waves to create the super-high quality pictures. In this case, images were taken at 20 weeks. In the video footage from the scan, you see the baby moving around all over the place; it's kind of trippy! You can even see the developing fetus holding the umbilical cord, and the tiny heart beating.

Dr. David Lloyd, from the iFIND project, explained, "The fetal heart...with all of its tiny chambers and valves, is only about 15mm long: less than the size of penny." Pretty incredible, huh?

Lloyd also explained how ultrasound technology is different from what is used with MRI, saying ultrasound "uses very high frequency sound waves which are reflected back from the structures inside the body to produce an image. Ultrasound has to be able to see through the body to the parts of the baby we want to image, and that isn't always easy." He added, "MRI, which uses a strong magnetic field and radio waves to produce images, isn't so limited. It can see the structures inside the body regardless of whether there's bone, muscle, or fat in the way; and in some cases it can give us even more detailed images than ultrasound."

He also noted, importantly, that it's safe to use during pregnancy.

What is your reaction to these remarkable images? 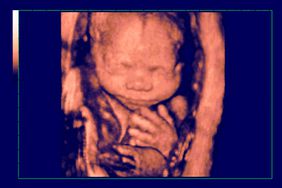 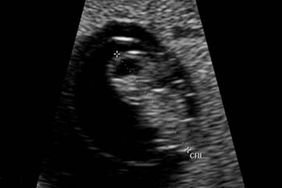 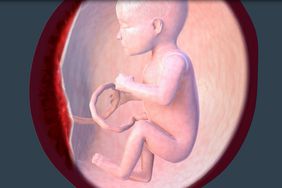