We've heard of twins technically being born a year apart, thanks to a holiday delivery. And one of the twin moms in my multiples Facebook group posted that her twins were technically born in separate months, when the calendar page flipped during her delivery. I thought those stories were amazing enough until I saw this week's news of the twins born 24 days apart. And "wow" is all I can say.

Massachusetts parents Lindalva DaSilva and Ronaldo Anlunes were excitedly expecting twins, slated to arrive this June—but daSilva's water broke in February, just 24 weeks into her pregnancy. Naturally, she was terrified of losing the babies when the family rushed to Tufts Medical Center in Boston, and doctors scrambled to manage the contractions with drugs, and provide antibiotics and brain- and lung-maturity medication to protect the babies, according to Today.com.

The first twin came on March 2, weighing just one and a half pounds—but he survived, with intensive care to keep him alive. Recognizing the extreme danger to the other twin if he were to be born at the same time, doctors made the exceedingly rare decision to keep him and the placenta inside. It was a move that Tufts chief of maternal-fetal medicine Dr. Sabrina Craigo told Today.com she'd seen maybe only 10 times in her 20 years of practice.

All the family and medical staff could do was wait and monitor the situation while DaSilva remained in the hospital. Her labor didn't begin again for nearly a month, with the second twin finally arriving on March 26, weighing a full pound more than his brother. By then, he'd cooked for 28 weeks, when babies' survival chances soar to 90 percent.

Both twins have been in the NICU since their births, but both are now close to seven pounds and are breathing on their own.

It's an amazing story, and one that surely provides some measure of comfort for multiples moms fearing early delivery—a fear which has plagued me for the duration of my twin pregnancy. Pregnancy and birth may be frustratingly—even terrifyingly—unpredictable, but it's very reassuring to have modern medicine on our side!

Pregnant? Find out when your baby is likely to make an entrance with our due date calculator. And don't forget to like Everything Pregnancy on Facebook to keep up with the very latest in pregnancy news and trends!

Image of twins courtesy of Shutterstock 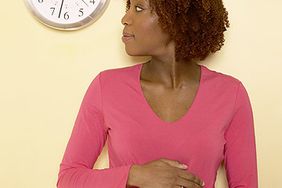 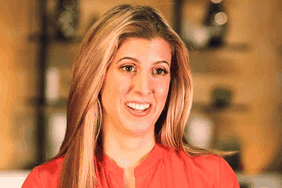