Will Everyone Be Nicer to Pregnant Kim Kardashian This Time Around?

I'm pretty happy Kim Kardashian West is pregnant again. Not just because infertility causes deep suffering and she appears to have overcome it. But because it gives us all another chance to behave like civilized humans and not disgraceful Internet trolls.

You'll remember Kim's first pregnancy full well: She gained a lot of weight, suffered from preeclampsia, swelled severely, and ultimately delivered early—and through it all she was ruthlessly shamed for her pregnant body.

Headlines screamed about her size and loss of control of her famously sexy body. A Shamu-comparison meme represented the worst about the Internet: winning at cleverness, losing at civility, dangerous in its implications.

Whether you're a fan or not—and I'll call myself curious enough to peek at her Instagram when no one is looking, but not enough to actually follow her—body shaming is so not OK. No caveats, no excuses. It's just not OK, period.

Related: 5 Celebrities Who Were Body Shamed During Pregnancy

A popular justification for the body shaming, as Vogue.com pointed out after the second-pregnancy news broke, goes something like this: "Well, Kim is famous because she exposes her body, so this is what she gets. She invited it." But that implies we as a culture weren't also willing participants in her rise to prominence on account of her assets. We made it happen, but then we turned on her as soon as she became pregnant. What kind of message is that?

As a new mom to twins—babies I carried to full term, whose combined birth weight was more than 12 pounds—I'm acutely aware of the pregnant-and-body-shamed phenomenon. I remember quite well how people used to see my formidable baby bump and ditch their manners. They figured it was okay to point and gawk and make totally unfiltered remarks they never would have made to the face of any other woman.

Of course, Kim's an easy target for such remarks on a massive scale. But let's hope, this time around, we can manage to be civil—if not actually kind—in our discussions of a woman creating the miracle of life. 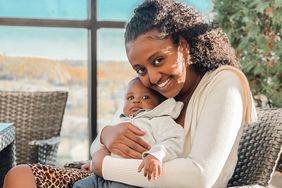 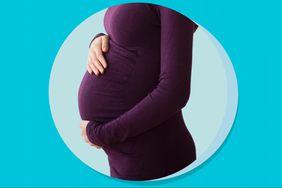 It's OK to Not Enjoy Pregnancy, You're Not the Only One 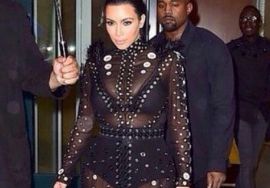 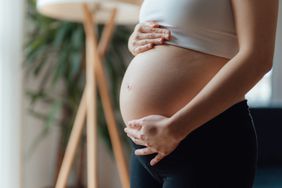 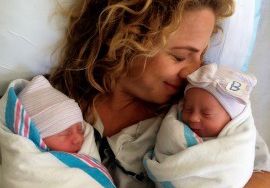