The average American family has gone from 2.5 children to 1.9 since the 1970s. Why? Experts weigh in on why more parents than ever are opting to have an only child.

I never wanted kids. It sounds harsh when I say it out loud, but I honestly thought that I would be a free spirit, traveling the world, never settling down with a mortgage or a husband, and certainly not with children.

But as I watched my friends have babies in my thirties, I noticed parenting didn't seem to stop them from their drive to explore or take on fun jobs, and something shifted. Fast forward to just before I turned 40, and I was welcoming my third (and last) baby into the world.

As it would turn out, though, I'd become the minority among my friends, most of whom opted for an only-child outlook on creating their family. Instead of having more babies after the first, they created lives around being single-child parents. And they aren't alone.

Gone is the quaint nuclear family ideal number of 2.5 children, which has been replaced by the concerning historic low of 1.9 children per family. As U.S. birth rates steadily fall, economists and social science researchers are starting to worry. For the American population to stay strong—boast a robust workforce and social stability—there is an ideal line fertility rate of 2.1, which is what researchers call the "replacement" fertility rate.

So, why are less babies being born? For starters, women have more choices thanks to access to affordable birth control and expanded career options than ever before, which has led teen pregnancy and unintended pregnancy rates to drop.

But in terms of why women are choosing to have smaller families now more than ever? Well, that's a little more complicated. Here are a few factors we investigated.

In 2018, the New York Times polled women of childbearing age to find out why they were having fewer babies. They found out that factors like the high cost of daycare, economic uncertainty, and even self-awareness about the emotional and mental impact of being a mom have played a role in why many women are choosing to have one child.

Amanda Pacovsky, 34, who is a "one-and-done" mom from Harrisburg, Pennsylvania, understands this all too well. After giving birth to her daughter, Mia, 5, she realized that she wasn't going to have more kids.

"My personal choice to have an only child was mainly based on my mental health," Pacovsky tells Parents. "I did not enjoy being pregnant—no major complications by any means, but I just never felt that 'glow' or had that 'I love having life growing inside of me' feeling... ever."

Pacovsky experienced postpartum depression that went undiagnosed that she says left her with disappointingly few good memories of her first months in motherhood. "I knew pretty early on that I was physically and mentally not going to be able to go through that again," she said.

But for Pacovsky, it wasn't just her mental health that shaped her choice to join the one and done club, it was also economics and familial support since Pacovsky and her husband live far away from family.

Bethesda, Maryland based clinical psychologist in private practice, Samantha Rodman, Ph.D., has heard stories like Pacovsky's before. She explains that many women are choosing to be "one-and-done" because, without extended family support or economic certainty, it's just easier to worry about fewer kids.

You have to remember that with every subsequent child you have, you're not increasing your parenting by 100 percent, but more like 200 percent.

"With multiple children, coordinating extracurricular activities can be very daunting, particularly if one parent is the primary caretaker so needs to be in two places at once," Dr. Rodman says. "The bickering between siblings can be very challenging, particularly for more sensitive parents. Many family members or friends will volunteer to watch your only child for an evening or weekend, but watching multiple kids is much more labor-intensive and therefore it's harder to find help when you need it."

Motherhood is universally heralded as the toughest job in the world but even more so if resources, from the size of your bank account to your job flexibility, come into play.

"You have to remember that with every subsequent child you have, you're not increasing your parenting by 100 percent, but more like 200 percent," Dr. Rodman points out.

Women opting to have IVF no longer have to worry about having multiple births as fertility doctors are now able to use single embryos at a time thus cutting down on the incidents of twins or multiples. In fact, more women are having babies through fertility treatments like IVF than ever before, which is a curious trend considering the decline in birth rates in America.

One reason for this could be that American women are tending to have babies much later than in previous generations. According to the Centers for Disease Control and Prevention, in 1970 the average age for a new mother was 21 but in 2017 that number shot up to 27. Older mothers are on the rise according to the National Vitals Statistics Report—the birthrate for women ages 40-44 has risen almost continuously since 1985.

I didn't have my first child until I was 30 and just like the complicated reasons why any woman would choose to delay having children, I wanted to make sure that I was totally ready for motherhood first. For me, not having a flush bank account or a support system around me to help guide me through motherhood was a huge detractor.

Still, some families are having fewer children not because of dwindling personal resources, but rather due to dwindling natural resources. The term "BirthStrike" has been bubbling up in the national dialog around fertility rates with an eye toward intentionally capping the number of children a family in an effort to slow down the terrifying effects of climate change.

Could having fewer kids really impact our environment, though? That depends on who you ask.

This study published in the journal Environmental Research Letters suggests, among other things, that having fewer children could potentially help save the earth. But not all scientists are sounding off in such bleak terms.

"Broadly, if you think about how much energy a person produces over a lifetime, it is clear that any person has an impact on the environment, and following that logic the more children you have can compound that," says Bjorn Grigholm, Ph.D., a former research assistant professor at the Climate Change Institute at the University of Maine and current educational developer with the World Ocean Observatory. He points out that the bigger question isn't whether or not a family should have fewer kids but rather it's a question of how a family raises the kids they do choose to have.

"All people's carbon footprints aren't equal," Dr. Grigholm tells Parents. "I think part of the role of a parent is to instill values that allow our children to respect the environment not just for the first 18 years but their whole lives."

Pacovsky agrees, adding that for her family, being aware of their impact on the environment has been eye-opening.

"I think that people would assume that having more kids means producing more waste," she says. "But ultimately, I think that it depends on the consumer choices that your family is making."

While the terms "one-and-done" and "BirthStrike" make their media rounds and get chewed on by expert voices across cultural, political, and social spheres, one thing hasn't changed: The choice to have a child—whether it's your first, second or third—is still deeply personal and complex. 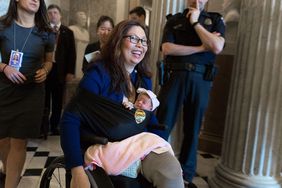 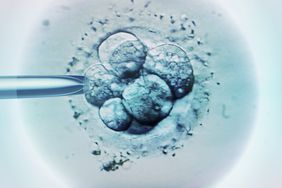 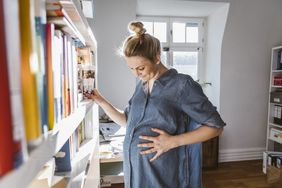 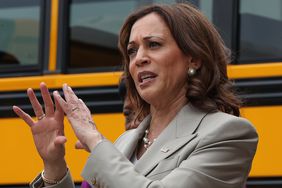