The mom-to-be posted shared a couple of sweet group photos from her baby shower to her Instagram story.

Lauren Conrad has kept a rather low-profile since announcing that she and husband William Tell are expecting their first child together. Sure, she shared that one baby bump shot to her Instagram, but otherwise, she's kept much of her pregnancy off of social media. But yesterday, Saturday, May 20, Conrad took to her Instagram Story to share a special moment with followers, according to Us. LC's girlfriends threw her what appears to be the perfect baby shower in California!

"So lucky to have these wonderful ladies in my life," Conrad captioned the photo of herself with her girlfriends poolside. "They spoiled me with a beautiful shower today." In the shot, she's wearing a blue-and-white striped sundress, which surely, some may suspect is a subtle hint that she's having a boy!

The fashion designer also shared a photo of her shower cake, topped with blackberries (which also could be considered a nod to blue, too — just sayin'...) and white flowers. So sweet.

Other details on how Conrad and Tell are prepping for their first L.O. have been pretty far and few between, but according to E! News, she's been nesting and shopping for "so much stuff…it's all clothes." (Of which she likely got a whole bunch more at her shower!)

The soon-to-be parents also know the gender of the baby, but they're not sharing just yet. In the meantime, her fans will be waiting patiently for the happy news -- and even more about LC's bundle of joy. 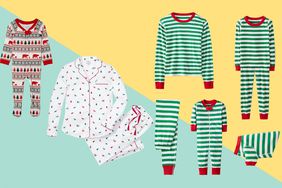 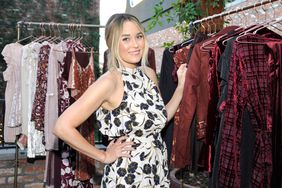