The comedy couple shared their pregnancy news with a hilarious photo on Instagram.

Comedy duo Jenny Mollen and Jason Biggs announced their second pregnancy with an alternative theory to the stork—check it out:

The couple posed in bed, connected by a NoseFrida—AKA a tool used to literally suck the sniffles out of an infant's nose. Biggs got the NoseFrida tool stuck right up his nostril while Mollen sucked on the connected straw. You know, that babymaking method seems pretty much as plausible as a giant bird dropping by with a baby. Or perhaps as believable as the real deal for a 3-year-old like the Biggs' first son, Sid.

Jason Biggs Did WHAT With His Wife's Breast Milk?

“This is how I told my son babies are made #numbertwo,” Mollen wrote in the caption of the Instagram announcement.

Together, the pair stars in "I Like You Just the Way You Are" on ABC, and we hope to see just as many heartwarming and hilarious jokes on Instagram as we wait for baby number two to arrive. 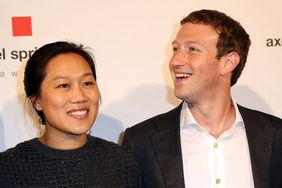 Mark Zuckerberg and Priscilla Chan Have Another Little Girl on the Way! 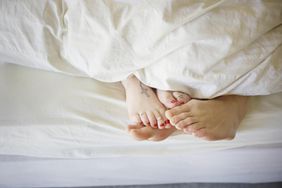