Incredible! Nine Months of Changes in Less Than 3 Minutes

"From Bump to Buddy" time-lapse video shows a mom's changing body during nine months of pregnancy.

Remember Giovanna Fletcher? She's the mom who recently defended her post-baby belly after being criticized just 11 days following the birth of her second son, Buddy. (Hooray, by the way!)

Well, it turns out Giovanna and her McFly band member hubby Tom have created another viral sensation. This time it involves a time-lapse video on YouTube, aptly named "From Bump to Buddy."

Dads Moved to Tears Over 'Feeling' Their Unborn Babies Kick

The family captioned the two-and-a-half-minute clip: "We took photos almost every day of the pregnancy...again! Well, we did it for Buzz so how could we not do it for Buddy. We hope you enjoy watching it as much as we love looking back over the last 9 months of our lives that brought us our second son Buddy Bob Fletcher."

Soon, her bump is growing; it truly is amazing how much the female body changes over the course of nine months, and this video really showcases that miracle. The months are flying by, per Giovanna's chalkboard and the revolving props indicating it's Halloween, then Christmas.

4 Weeks Apart?! This Belly-to-Belly Pic Proves Every Bump Is Different

At the end of the video, we see the new family of four, standing together in the same nursery where the video began when there were only three Fletchers. 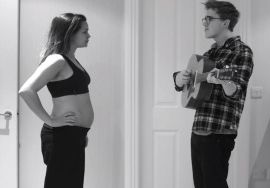 The Cutest Time-Lapse Pregnancy Video Yet... 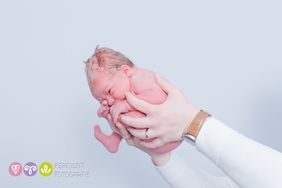 This Is How Your Baby Fits in the Womb 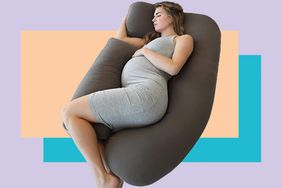 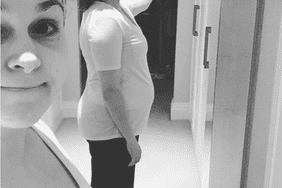