Does Your Fetus Have More Rights Than You Do?

I know that sounds like a silly question, but it's not so absurd after reading about this case in Wisconsin. During the start of her second trimester, at 14 weeks pregnant, during a normal prenatal checkup and discussion about her medical history, 28-year-old Alicia Beltran told her doctor that she had gone through a Percocet addiction the previous year, but had kicked the painkiller habit before getting pregnant, by using Suboxone, a drug that blocks opiates, and is safely given to stop addictions even while pregnant. She had completed her self-imposed rehab just days before going to the check up. During a urine test, traces of Suboxone were found, but no signs of any other drugs, and later tests found no drugs at all in her system.

Though she told doctors she was no longer using any drugs, two weeks later a social worker showed up at her door unannounced and told her she needed to restart the Suboxone treatment or face a court order that would force her to do so. Two days after she refused, stating she was no longer on any drugs, the police handcuffed and arrested her and she went before a family court judge, where she was not given an attorney, but the court had already appointed her fetus one. That's right, the unborn child had an attorney, but she didn't! Beltran was forced into a court-ordered 78-day drug treatment center under a Wisconsin law known as the "Cocaine Mom" act—which allows child-welfare authorities to confine a pregnant woman who uses illegal drugs or alcohol "to a severe degree," and refuses to get treatment.

According to the New York Times, "Wisconsin is one of four states, along with Minnesota, Oklahoma and South Dakota, with laws specifically granting authorities the power to confine pregnant women for substance abuse. But many other states use civil-confinement, child-protection or assorted criminal laws to force women into treatment programs or punish them for taking drugs."

The law was intended to help both pregnant women with addictions and their unborn children. But due to Beltran's case, this law is now being challenged as unconstitutional in federal court by National Advocates for Pregnant Women, the Reproductive Clinic of the New York University School of Law and Linda S. Vanden Heuvel, Beltran's attorney. The suit argues that "the law is not only based on faulty information about the risks to newborns, but that it actually does more harm than good by scaring pregnant women away from prenatal care," which can only harm their babies more.

It begs the question: Where do a mom's rights stop once she becomes pregnant? Are the fetus' rights always deemed more important than hers? Is she then no longer a person with rights of her own, but just a gestational vessel?

While I think the law's intentions are good (Who wants to see an unborn child harmed—period?), in this case there was no evidence of any addiction, yet the woman's rights were completely taken away and she was held against her will. In those two and a half months she was detained, she lost her job. While it's illegal to discriminate against a pregnant woman, in all likelihood it will be hard for her to find another job now at 7 months pregnant. So let's recap: the single mom was held against her will, put in a drug treatment she didn't actually need, causing all kinds of undue stress on her and her baby, and now she's out of a job, leaving her unable to support her child. How exactly did the law protect her unborn child?

Image of an ultrasound courtesy of Shutterstock. 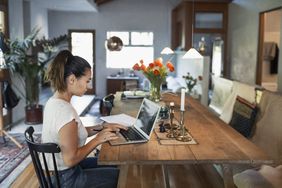 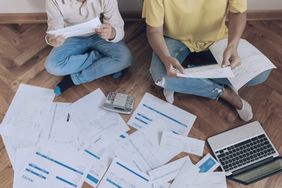