Should you test before you take a sip? Programs offering pregnancy tests in bar bathrooms aim to prevent fetal alcohol syndrome.

Home pregnancy test commercials would have us believe that every one of those products is used in a sparkling clean residential bathroom, with two smiling partners sharing big news. But life is rarely so cut and dry.

Exhibit A: In an effort to combat Alaska's problem with fetal alcohol syndrome(FAS)—the highest of any state in the union—a two-year study funded by the University of Alaska offered FAS warning posters and free pregnancy tests in the bathrooms of 20 bars and restaurants across four cities, according to NBC affiliate KTUU. Bars in another three cities received only the posters.

Binge drinking is epidemic in Alaska, with women 20 percent more likely to do so in their child-bearing years compared to other places around the country. According to the Daily News, the program attempted to study if posters that warn women against drinking during pregnancy work better when they are plastered to pregnancy test dispensers instead of just posted on a wall.

"This is not a strategy for the chronic alcoholic who is drinking regardless of whatever message they see," Jody Allen Crowe, whose Minnesota organization was involved with the program, told the Daily News in 2014 shortly before it began. "This is really focused on the 50 percent of unexpected pregnancies, to find out they are pregnant as early as possible."

The program had an impact on at least 42 women, whom researchers say learned of their pregnancies through the free tests and stopped drinknig as a result. After the study ended in 2017, researchers learned that the dispensers with the posters had been more effective than the posters alone.

Programs like the one in Alaska are shocking to some, there's plenty of evidence out there in the world to suggest it's just the kind of thing that might work. For instance, The New York Times reported after Australia replaced logos with gruesome health warnings on cigarette packs, the move appeared to reduce household consumption of tobacco by close to 5 percent over the course of a year. England, meanwhile, has its own system of selling pregnancy tests in pubs so women can make sure they're not pregnant before a big night of boozing.

Drastic times call for drastic measures, as they say, and pregnancy tests in the same coin machine next to tampons and condoms just might reach a set of temptation-prone but otherwise rational people—and those without cases of clinical addiction.

What's your take on it? Are pregnancy tests in bar bathrooms a good idea?

Additional reporting by Patty Adams Martinez
Was this page helpful?
Thanks for your feedback!
Tell us why!
Related Articles

What is Cryptic Pregnancy, And Why Does It Happen?
25 Tips To Get Pregnant, According to Experts 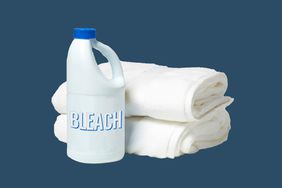 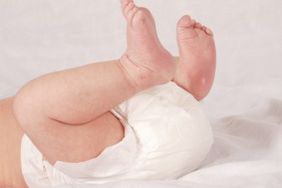 The Surprising Thing Your Baby's First Poop Can Reveal 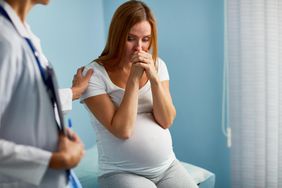