More moms are turning to therapeutic products made with CBD, or cannabidiol, and some swear it helped offer relief while they were expecting. Here's what these moms—and experts—say about CBD during pregnancy.

Touted for offering a bevy of benefits, from pain relief to stress management, CBD, or cannabidiol, is having a real moment. The component of either a marijuana or hemp plant is non-psychoactive, unlike THC (tetrahydrocannabinol)—which only comes from marijuana—and is popping up in therapeutic products all over the internet and country. From drinking CBD mocktails as an alternative to wine to caring for sore muscles with a CBD salve or soaking in a tub with a CBD-lace bath bomb, moms everywhere are loving its anti-inflammatory, antioxidant, anti-psychotic, anti-convulsant, and antidepressant properties.

These properties are research-proven. Clinical research has shown that CBD, which is generally taken orally as a tincture or in an edible form, can be therapeutically useful for managing anxiety and depression, chronic pain, sleep disorders, and seizure disorders. There's also clinical evidence that CBD can be effective in suppressing nausea and vomiting, both symptoms commonly encountered by expectant moms. So, it's no surprise that some pregnant women are getting on-board with, or simply curious about, CBD use.

Maggie Frank, a mom who is also the National Educator for PlusCBD Oil, says she's seen the product "used by women during pregnancy to help with a wide range of complaints including morning sickness, stress and anxiety, sleeplessness, food aversions as well as the aches, pains and cramps that accompany pregnancy for many."

When Frank herself was expecting in 2015, prior to joining the company, she says she suffered from hypermesis gravitum (HG), a condition marked by chronic, severe morning sickness. "I was getting sick 20-30 times a day, was unable to nourish myself or my baby, and was constantly flirting with dehydration," she tells Parents.com. "The medicine typically prescribed for this has a slew of potential side effects, so I refused it. My symptoms actually got worse with each passing month, to a point where my doctor was recommending bed rest in the fourth month."

That's when she says she started researching and learned about CBD. She was so intrigued that she discussed it with her doctor who she says "didn't have an opinion either way, other than it didn't seem like it would be worse than the pharmaceutical's risks, and we needed to figure something out fast."

Frank says she started with 3 mg of PlusCBDOil Green peppermint spray, and got relief, the very first day. "It was like someone flipped off the switch that was making me feel sick at all times," she explains. "I was once again able to move, sleep and eat without feeling the need to vomit. Even my over sensitivity to smells dissipated!" She says that over the course of her pregnancy, she also experienced a "reduction in stress and anxiety levels, better mood, more patience, better sleep, and less aches and pains."

Like Frank, Jennifer Farris, a health coach, yoga instructor, and mom who gave birth to her son just this past September, attests to the benefit of CBD use during pregnancy. "CBD oils noticeably reduced my anxiety during pregnancy and made it easy to fall asleep," she tells Parents.com. "They also helped lessen joint pain with all the changes in my body during pregnancy. I used ​​​Sunday Scaries CBD Gummies, and their products are third-party lab tested to ensure there are zero traces of THC."

What the Experts Say

The fact is that many—if not most—ob-gyns who would express concern and hesitate to recommend CBD use during pregnancy, in part due to the existing body of research, which is limited and has stated that cannabinoids could be harmful to both moms and their babies.

"The concern with phytocannabinoid/CBD supplementation and pregnancy is due to the unknown," Frank notes. "We currently don't have long-term research as to what happens years down the road as a result of utilizing hemp extracts in utero. Any woman using phytocannabinoids products should be aware of this and make her decision accordingly, preferably with her doctor."

Felice Gersh, MD, ob-gyn and founder/director of the Integrative Medical Practice of Irvine in Irvine, California corroborates that experts' concern is related to lacking data and "the fact that production is poorly regulated in most states." While that remains to be the case, she advises her pregnant patients to avoid using CBD.

That said, Congress is poised to lift a federal hemp ban this month, that, according to The Hill, "will for the first time allow lawmakers to develop and impose best manufacturing practices and standards for this nascent industry—policies that will ultimately lead to a safer and better-quality product for consumers."

The social, political, and scientific turning of the tide may ultimately reshape experts' take on CBD for expectant moms. In the meantime, women are definitely advised to work with their health care provider to create a safe, healthy treatment plan that is best for them. 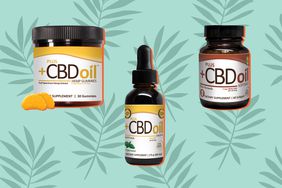 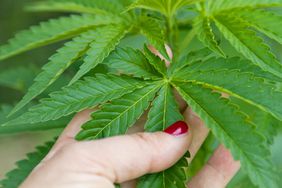